Tottenham’s 2018 transfer window has been pretty boring. With less than a week to go until the transfer window closes at 5 pm on the 9th August, Tottenham are still yet to sign anyone. Should they fail to finalise any deal before deadline day it will be the first time in the Premier League era that Spurs don’t make a single signing.

Now, Tottenham are notorious for deadline day deals, so some players may still arrive at the club with Aston Villa midfielder Jack Grealish a long-term target of theirs. A move for Manchester United forward Anthony Martial is still not off the cards either. But the question that has surrounded the club this entire transfer window is how do they improve their squad and whether the players they are linked with make it into the starting eleven?

Do Tottenham Really Need to Make Signings in This Window?

Since Mauricio Pochettino’s arrival from Southampton in 2014, he has built this Tottenham team from the ground up. From day one he made it clear that any players who were not a part of his plans will be shown the door. After his first season, senior figures such as Emmanuel Adebayor, Aaron Lennon and even club captain Younes Kaboul were quickly sold.

One of Pochettino’s core values is to have a small and compact squad which encourages squad harmony. He is, therefore, quick to exclude any players who fail to put in the effort required and is more than happy to replace them with a younger player eager to impress.

An example of this is his treatment of Toby Alderweireld last season, a player widely regarded as one of the best centre-backs in the Premier League. Having had a lengthy spell on the sideline, he returned only to demand an improved wage. Pochettino’s response to this was to put his trust in 21-year-old Davinson Sanchez, who had proved more than capable in Alderweireld’s absence.

The effect that this no-nonsense approach has had is that he now has a fully-focused, young team that is devoid of egotistical individuals. However, this makes the transfer window complicated as his four years of hard work has now meant that he has a well-balanced squad. So, will introducing more players upset the squad harmony? This could be the reason Tottenham have been so apprehensive in the market as they are trying to find the perfect balance between footballing ability and personality.

Is This Team Only Just Reaching Full Potential?

A vast majority of players at Spurs have now been together for three or four seasons and, in that time, they have experienced remarkable growth. A prime example of this fine work is the superstar Harry Kane, who has gone from being a third-choice striker to two-time Golden Boot winner in the last four years.

In the past Tottenham, have been blessed with individual talents, such as Gareth Bale, but they have always departed before they can build a team around them. But this summer has seen Harry Kane, Davinson Sanchez, Heung-Min Son and Erik Lamela all pen new long-term contracts. Even Pochettino signed a new deal until 2023 to get the ball rolling. It was a real statement of intent from the club as they finally broke their notoriously low wage structure with Kane now earning £100,000 a week.

This has allowed them to keep the young spine of the side and with them entering their prime years it’s reasonable to assume they will soon be reaching their best. So, it’s hard to see who should be replaced. Even the most passionate of rival fans will begrudgingly admit Spurs have a great starting eleven. Players such as Danny Rose, Victor Wanyama and Toby Alderweireld, who didn’t feature much last year, still possess first-team quality. So, will signing Jack Grealish or Anthony Martial be worth the risk?

What Are Tottenham’s Options in the Transfer Market?

The Tottenham faithful will always want to see transfers as they are associated with progress. As mentioned before, Spurs have never failed to make a signing in the Premier League era. However, in the current market, it’s harder to find a player worth investing in with the hugely inflated prices.

So far, the closest Tottenham has come to agreeing a deal is with Championship side Aston Villa, who are demanding £30 million for midfielder Jack Grealish. Therefore, they must consider whether he can challenge the likes of Christian Eriksen or possibly Mousa Dembele in a deeper role. If not then is it worth spending that much on a backup player?

The same goes for Anthony Martial, with multiple reports suggesting he has been a priority target. However, for most of the summer, Spurs have failed to convince Manchester United to sell to a domestic rival. But with Spurs already having a rather congested central-midfield, is it worth spending up to £70 million on another?

Throughout most of pre-season, both Lucas Moura and Erik Lamela have impressed, both of whom were bit-part players last year. Another positive is the development of their youth players, a successful feature of Spurs teams in the past few years. Midfielders Luke Amos, Anthony Georgiou and Oliver Skipp were all very impressive during Tottenham’s tour of the USA.

Young forward Kazaiah Sterling was unfortunately ruled out through injury but featured frequently on the bench last season. So, it’s possible that without even making a signing, Tottenham have managed to strengthen their squad. 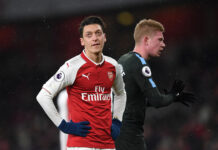