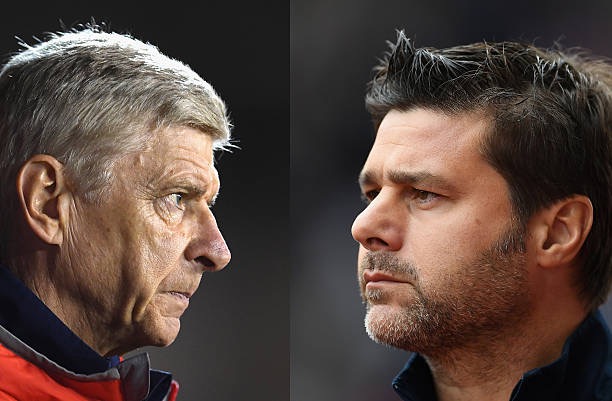 After the international break, it’s back to full on football when the first North London Derby of the season kicks off at the Emirates on Saturday.
Arsenal host arch nemesis Tottenham in a clash crucial to both sides in terms of points, if either are to stay in serious contention for the Premiership title.

With stuttering starts from both sides, a win gives one psychological edge over the other. An edge most important in this age old tie, both on and off the pitch.

The Lillywhites start with wins over Real Madrid and Crystal Palace at Wembley under their belt. They have had more success away than home this season though with convincing wins over Everton and Huddersfield. A late loss to Manchester United at Old Trafford being the only stutter on the road so far.

Race to get fit for Hugo

Spurs will be making the short trip without defender Toby Alderwiereld, and possibly Captain goalkeeper Hugo Lloris. With deputy Michael Vorm sidelined, it may be new boy Paulo Gazzaniga looking to repeat the heroics shown on his debut against Crystal Palace. Victor Wanyama and Erik Lamela remain not yet match fit.

It was announced that Alderweireld’s njury could keep him out of action for up to six weeks, not good news for Spurs.

Mauricio Pochettino has said in a press conference he is confident Harry Kane will be starting against the Gunners. Kane has scored six goals in six North London Derbies, boss and fans will be looking for no less.

The Tottenham boss didn’t confirm the return of Kane though, perhaps leaving food for thought for his competitors.

He said ambiguously, “I cannot say a percentage. We need to assess tomorrow, not yes, not no, not ten percent or ninety. Then altogether we can take the best decision for him and the team.”

Midfield main man Mousa Dembele has declared himself fit to return in a statement to Sky Sport. The Belgian International has started only three times for his club this season, suffering foot problems. Following his surgery in May, Dembele recently admitted he may never be a hundred percent fit again. Most fans will confirm though, sixty minutes of Mousa Dembele is enough.

He said “My injury is much better. I played 45 minutes in the last game, (against Crystal Palace) is so it good. Of course I want to be playing for the team and adding my value but right now I am very optimistic and feel good.”

Speaking of the North London Derby he said: “For us every game is important but we know there is some extra vibe for this kind of game. It’s very important for us.”

Spurs’ Harry Winks is still nursing a strain, as is Dele Alli, but neither have been ruled out at this stage. Both were unavailable for this weeks England v Brazil friendly along with Kane.

Over the last five meetings, there have been three draws and a win each for the North Londoners. Both are hungry for the three points. The form book though is rarely relevant on the day. Spurs are third, eight points adrift of leaders Manchester City, with Arsenal four points behind them.

It could be said that Arsene Wenger is perhaps feeling the pressure more, not least because Arsenal trail Tottenham by four points, but a loss could be more damaging in terms of his managerial status. The ‘Wenger Out’ campaign though somewhat muted, still rumbles on in the depths of the Emirates.

It’s a tie that both sides relish, and rarely delivers a dull ninety minutes.

The atmosphere inside the Emirates will be as electric as ever, as the arch rivals hit the pitch. With Spurs getting the upper hand with a 2-0 win in their last meeting, Arsenal will be gunning for home revenge.

No Derby for Didier

Arsenal are likely though to be without Olivier Giroud, who misses the clash after picking up an injury on international duty. Other than Santi Cazorla who remains injured long term, only Rob Holding is likely to be unavailable. The return of David Ospina and Shkodran Mustafi will leave Wenger more options than his Spurs counterpart.

Wenger will be hoping summer signing Alexandre Lacazette can repeat the form he has just shown for France. He netted twice against Germany in their recent tie. It will be Lacazette’s first North London Derby.

The history between these two gives Arsenal 80 wins over Tottenham’s 62, with 51 draws. The balance has somewhat changed though over recent years.

Much is written on the ‘shift’ in North London. Whilst it’s true Tottenham have been resurging in the last two to three years, there’s some way to go before they are free of the Emirate’s shadow.

Even celebtrities like Piers Morgan and Lord Sugar have gone head to head on Sky to debate the topic, with ex Arsenal star Ian Wright also making his views known.

Over the years Spurs have had some excellent squads. However, they have seen Emirates replace Highbury, the Abramovich rebirth of Chelsea, and the rise of the Etihad. The now demolished White Hart Lane was struggling to keep up.

With the daily rising of their new home, and more importantly the introduction of Mauricio Pochettino, the foundations are there being built around, literally and on the pitch. These have turned into more success, the pinnacle being the recent win over Real Madrid in the Champions League.

Mauricio Pochettino has yet to taste defeat to Arsenal in six Premier League North London Derbies since replacing Tim Sherwood in 2014. He did however, manage the side that last lost to Arsenal in the League Cup in September of that year.

Pochettino will be hoping Harry Kane continues his run of scoring in these fixtures, with six goals from six appearances. He has confirmed he is expecting Kane to start the match, no doubt to the dismay of Wenger and Arsenal.

He would also hope Christian Eriksen can mirror his performance against the Republic of Ireland. His performance and hat trick put Denmark through, and Ireland out of the Russia 2018 World Cup finals.

Tottenham have stepped out of Arsenal's shadow – even a Gunners win in the derby would paper over the cracks | @MirrorDarren https://t.co/F2rzfli1PT pic.twitter.com/aBZGxTHoqi

Whatever the outcome, Saturday will see the kick off of one of the most popular clashes in the Premier League. With both teams desperate for the win, it promises not to disappoint.

Arsenal will host Spurs at the Emirates Stadium on Saturday 18th November at 12.30 with coverage starting on Sky Sports 1/Main Event at 11.30