With the pandemic causing clubs to suffer in financial terms, it is becoming harder to sign players but a number of talented players could be on offer on a free. The free agents pool boasts a wide range of exciting world-class talent.

Players whose contracts are set to run out in the summer of 2021 are now eligible to speak to prospective suitors in hopes of signing a pre-contract agreement.

Opening on January 2nd, the transfer window for the Premier League will run until February 1st while the rest of Europe are allowed until the 4th to do their business.

Best Free Agents to Sign in the Transfer Window

You cannot start this without mentioning the name Lionel Messi. The Barcelona legend has continued to push for a move away from the Nou Camp, with the likes of Manchester City and Paris Saint-Germain, both reported to be in close contact regarding the situation.

The club blocked the six-time Ballon D’or winner’s attempt to move on in the summer, but with negotiations at a halt, it is likely the Argentinian will end his stay at Barcelona next summer.

The Spanish defender is synonymous of Real Madrid and the speculation linking him with a move away have reignited. Much like every time, the 34-year old defender tends to tinker with the ploy of gaining an improved contract by linking himself with a host of Europe’s top clubs. Under Zinedine Zidane’s second tenure, the club has dipped after the departure of Cristiano Ronaldo but is it possible that Ramos will jump ship this time in search of one last payday?

If any of the mentioned free agents are more likely to move this window, it will be David Alaba after rejecting a new deal with Bayern Munich. In a stalemate over his contract, Bayern Munich will be hoping to cash in on the versatile Austrian with Real Madrid, Chelsea and many others rumoured to be monitoring the situation.

One of the most potent strikers not just in the Premier League but across the world, Sergio Aguero has been hampered with injuries in his last season with Manchester City. In a decade of breaking records and history, the 32-year old is yet to agree on a new deal with the club and has mooted a return to Independiente after his contract is up. Still, with the prowess of a goal machine, it would be a smart move to opt for Aguero with the likes Erling Haland set to be in high demand.

The German international has been exiled from the Arsenal team with his manager Mikel Arteta hoping to sell him and get his hefty wages off the books. Mesut Ozil was left out of the Gunners’ Premier League and Europa League squads and it remains to be seen if his high wage demands will keep teams from making a move for him.

The Dutch international has reinvented himself during his time with Lyon scoring more than 10 goals in each of the past three seasons. Memphis Depay was hoping to link up with former manager Ronald Koeman at Barcelona in the summer but for the deal to collapse. The Spanish club is still ahead in the race to sign him despite financial difficulties but PSG is said to be in constant talks with the forward, who could be available for as little as 25 million Euros. 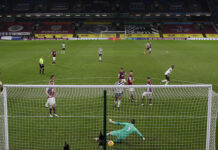 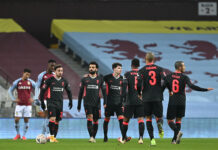 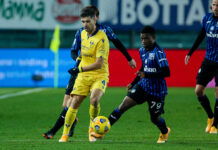 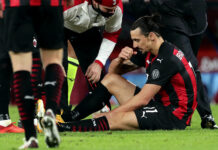