January is the most important month for teams fighting for relegation. Teams near the bottom see a chance to improve the squad, increasing survival odds.

However, the month has brought some surprises, confusion and shocks. Here is a round-up of the events including much talked about transfers.

The Swans are flying behind Carvalhal

Swansea were nearly falling behind the pack, sitting in 20th on 13 points (six points from safety). Following the sacking of Paul Clement, a reaction to the 5-0 loss against Liverpool, the Swans appointed Carlos Carvalhal.

A decision which was intitially unpopular with fans. Many saw it as ‘getting ready’ for the Championship. However, the remarkable turnaround he has engineered silenced such complaints.

Since the arrival of Carvalhal, the Portuguese manager has led Swansea to 19th, only one point off safety. The Swans are improving swimmmingly. Though still in the bottom three, they have pulled out epic victories over Arsenal and Liverpool. Therefore increasing confidence, and edging the club away from the danger zone.

In what was one of biggest transfer in 2018, we saw Liverpool’s Phillipe Couthino sign for FC Barcelona in a £140 million deal.

One of the biggest disappointments for fans is that The Reds did not sign a replacement. This could affect them if injury leaves them short entering the back end of the season.

However, one victory remains in Liverpool’s memories was the impressive win over league leaders Manchester City.

The Merseyside club ended City’s opportunity to complete the season unbeaten with an emphatic win.

Liverpool actually were at one point 4-1 up against City, with only Aguero striking fear, heading just wide in the last minute. Thus ending the league leaders invincible run. However since beating them, they have been knocked out of the FA Cup, and lost against Swansea.

January transfer window is usually the quieter month for transfers. However, 2018  saw all the top six make big signings. One particular transfer which caused much confusion was Aubameyang to Arsenal.

It should have been simple. However, likes of Chelsea, Arsenal and Dortmund were all make singings from each other.

Borussia Dortmund needed a replacement for the Gabon striker, so were pursuing Chelsea’s Batshuayi. However, they wanted to replace Belgium international with Arsenal’s Giroud. If one of these deals fell through, none would have happened. What a deadline day it could have been!

Every manager in the Premier League is feeling the pressure to perform.

However, Antonio Conte is especially is having torrid time at Stamford Bridge. Premiership failure and losing to Arsenal in Carabao Cup semi-final have weighed down on last yseason’s victors.

Chelsea’s first humiliating defeat was a 3-0 loss to Bournemouth at home. Followed by a 4-1 drubbing from struggling Watford. After such a poor month, The Blues are now only two points above 5th place and fighting for a 4th place spot.

February will thus be a tough month, with games against FC Barcelona in Champions League, as well as the top four fight. Therefore, will Conte be the manager of Chelsea by the end of the month?

Away from all the transfer, results, managers and players. January has had some loving moments. Especially the relationship between Manager Pep Guardiola and forward Raheem Sterling. The Man City Manager kissed Sterling on the forehead after missing a great chance.

This shows how good Pep Guardiola is. Though they are free flowing with the cash, he is close to his players and they in in turn look up to him. 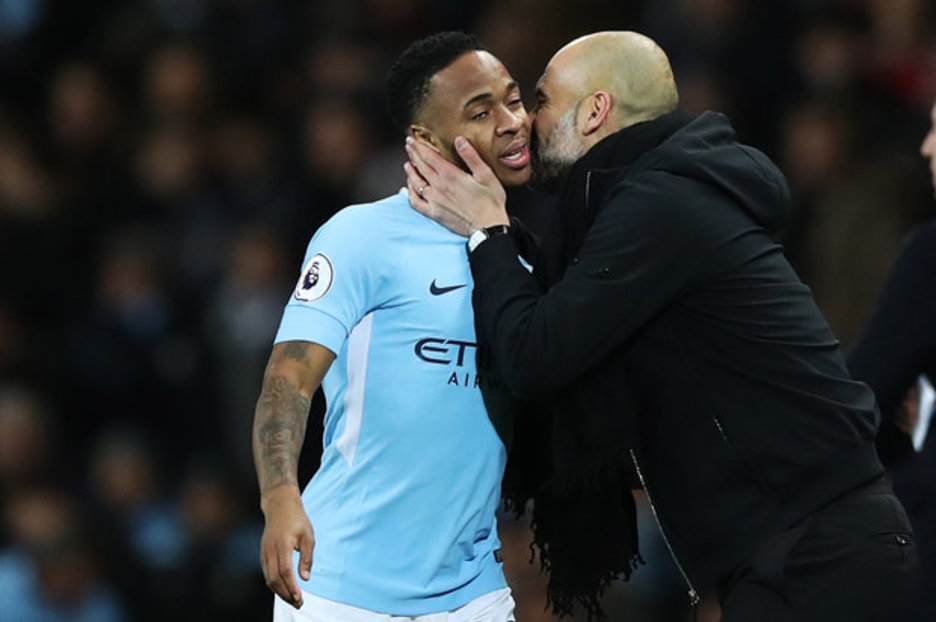 David Parkes - December 8, 2022
0
We have reached the last eight in this year’s FIFA World Cup. There have been 56 matches so far producing drama aplenty from all...

Patrick Morgan - December 8, 2022
0
No trophies to show for Belgium's 'Golden Generation' despite all the talent at its disposal 2014: First real chance Belgium qualified for the 2014 World Cup...

Edward Otto - December 3, 2022
0
All three rounds of the 2022 FIFA World Cup group stage have been completed. Here are five conclusions to take away from the group...

David Parkes - December 3, 2022
0
The group stage is complete at the FIFA World Cup. Half of the teams that started this year’s tournament in Qatar have been eliminated....

Wardhana Idham - December 2, 2022
0
Players who excel at providing assists in World Cup matches but not scoring A number of well-known players became the master of assisting without scoring...
© Copyright Last Word On Sports INC, 2011
MORE STORIES