Thanks Cautious Manchester United progress to the knockout stage of the UEFA Champions League, something which they did not achieve last season. Relief is the best word to describe the emotions after the game for United supporters and Michael Carrick, who had the privilege of managing his first game for the club he played for.

Carrick made 4 changes to the side that lost to Watford on the weekend. The exclusion of Bruno Fernandes and Marcus Rashford certainly caught the attention of fans. While some argued it was a brave decision from the manager and the dropping of them was justified, others have asked the question why Scott Mctominay and Harry Maguire started, who have also been in the spotlight for poor performances. United were extremely cautious and reserved in the first half. They defended well as a unit and kept a good compact shape throughout. However, they were very pedestrian when on the ball and maybe this was due to the players not playing with each other regularly and clearly a lack of confidence from some individuals. It appeared the coaching staff did not want to concede an early goal and they were successful in that plan. It was more of the same in the second half up until 60 minutes, when the excluded players in Fernandes and Rashford replaced Donny van De Beek and Anthony Martial. United then started to take more risks and were positive on the ball. Rashford was making runs in behind the Villarreal backline and this provided an option for the United players to release the ball when they were in possession.

This was seen when Maguire played a decent ball over the top which made its way to Rashford, who was fractionally offside. The intensity of pressing was raised in the midfield and this ultimately led to the first goal. Fred pressed the Villarreal defender high up the pitch who lost the ball and guided it into the path of Cristiano Ronaldo, who put it over the keeper’s head with ease. This is another example why Ronaldo is so important to this team. If the team sets up well defensively and only create a few openings, they want them to fall to Ronaldo who is so clinical. It felt that this was the setup deployed by Carrick.

Sancho Impresses on the Right

Jadon Sancho started on the right for United in Spain and this was his best performance in a United shirt. Defensively, he tracked back to help his team out and interchanged well with the likes of Van De Beek to transition the ball higher up the pitch. Second half he was much better with more direct runs at the oppositions defence. The introduction of the two substitutes improved Sancho’s game and he linked up well with Fernandes. Fernandes created a chance for Sancho as he threaded a ball in behind and Sancho’s shot was saved smartly by the keeper. The first goal was destined to come and it came shortly after when a counter attack was finished off by Sancho with a good strike that rattled the back of the net. Manchester United chased Sancho for 2 years before he eventually got his dream move to Old Trafford. This was due to the lack of attacking options on the right hand side, where they were slotting Mason Greenwood in there, a player who prefers to play down the middle. United need to keep Sancho on the right and not persist with him. Fans feel he needs to be given a consistent run in the side and is inevitable he will perform to a high standard. He has to start on Sunday against Chelsea in an important encounter. 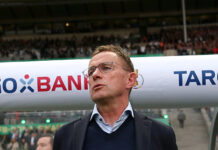 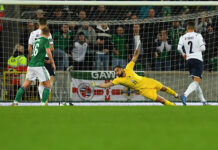