Liverpool have won the Premier League – a headline 30 years in waiting. But what’s left for the champions in their final seven matches?

A 19th league title was confirmed late last Thursday when Man City lost 2-1 to Chelsea at Stamford Bridge. This was after Liverpool did the business the day before defeating Crystal Palace in a convincing performance befitting of the then would-be champions.

Liverpool’s near-perfect 86 points after 31 games meant City had to win to keep the faintest title dreams alive. The loss left them 23 points adrift in second with only seven games remaining.

Emotional scenes ran through the night as Reds fans celebrated the first league title in 30 years. Players and fans alike celebrated in style, but with seven matches left there’s still plenty to play for.

The league title has already seen Liverpool break two records. Confirming the title after just 31 games is the earliest a title has ever been secured. Ironically the June confirmation is also the latest in a calendar a Premier League title has been won.

The current 23 point margin that separates Liverpool from City and the rest is four points higher than the record for the biggest margin between first and second. A strong finish should see them maintain or extend the gap further.

Possibly the most desirable record for Klopp and his squad will be the record points high. Set by Pep Guardiola’s men in 2017/18 when they accumulated 100 points and were dubbed the ‘centurions’. Liverpool require 15 points from their remaining matches to outdo their nearest rivals.

The record number of wins in a single Premier League season stands at 32, the Red’s currently have 28 from 31 matches and will hope to finish strong.

Anfield has become a fortress once more and the irresistible Reds have won every home game so far this season. Nobody before has ever won every home game in a campaign. Burnley, Aston Villa and Chelsea are yet to visit the champions, can Liverpool keep this record alive?

Form away from Anfield hasn’t been too disappointing either. Twelve wins from away fixtures so far, means that should the Reds win each of their remaining matches on the road, they would only be one win behind the record for most away wins in a season.

Individual records are still in sight for a number of Reds. Egyptian forward Mohamed Salah goes in search of his third consecutive Golden Boot and Alisson Becker is leading the way to the Golden Glove award, despite missing much of the season through injury.

With the most important prize already in the bag, Jurgen Klopp and his squad can rightly enjoy their moment and the coming days. Each player an immortal in their own right.

Attention will, perhaps in a few days’ time, turn to the possibilities of the records left to achieve. The mentality instilled in the current crop should see them finish strong and rewrite at least a couple more records along the way.

Can Pep Guardiola take City back to the top of the Premier League? 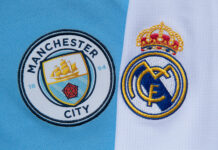 Paulo Dybala on the move? – Which clubs could afford the Argentine

Paolo Iantosca - August 14, 2020
0
In a surprising twist to the summer transfer window, Serie A’s player of the season – Paulo Dybala – has reportedly been put up...

Anthony Williams - August 13, 2020
0
Willian is departing Chelsea after a long time with the club, bringing them many trophies. However, moving on from Willian is the correct decision.

Can Pep Guardiola take City back to the top of the Premier League?

Annirudh - August 13, 2020
0
Manchester City were the best in the Premier League for the past two seasons, but they did not perform to their standards this season.

Jordan Zeiger, Editor - August 12, 2020
0
The 20-21 Premier League season kicks off soon and there is a lot of talk amongst bookmakers and punters on how the season will shape up.

Atalanta to upset PSG? – What to expect in the Champions League quarter-final tie

Paolo Iantosca - August 11, 2020
0
Atalanta and PSG have travelled to Lisbon for their Champions League quarter-final tie. We looked at what to expect and our predicitons ahead of the game.
© Copyright Last Word On Sports INC, 2011
MORE STORIES

Paulo Dybala on the move? – Which clubs could afford the...

Can Pep Guardiola take City back to the top of the...