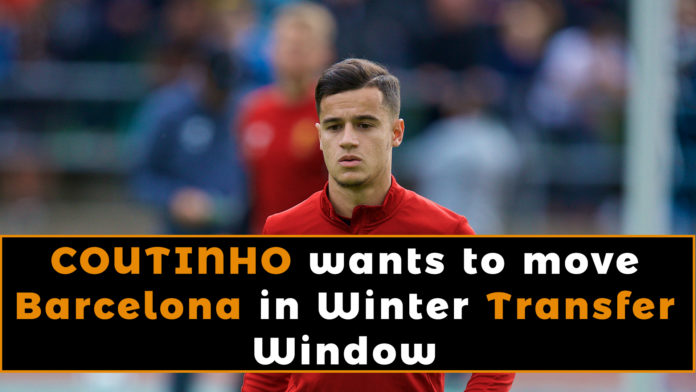 Coutinho transfer saga is still producing heat in Liverpool’s camp as now reports are coming that Brazilian is considering not to play champions league’s 1st phase.

Heart of the Matter:

According to Diario Sports, Player is hurt by Liverpool’s Management as they didn’t allow him to join Barcelona.He is still hopeful that he is going to join Barcelona in winter transfer window when the 2nd phase of Champions league will begin.

In Case you don’t know:

Phillipe Coutinho was Barcelona’s major target this past window as Catalans were looking to add depth to their midfield.

Three bids were rejected by Liverpool for Brazilian and according to some reports Barcelona submitted 4th Bid in last few hours of the window but Liverpool rejected.

Coutinho wanted a move to Camp Nou as he also submitted his transfer request.

However, Liverpool announced Monday that the Brazilian midfielder has been selected for Liverpool’s list for the Champions League.

As I told before that this behavior from both the player and the club is childish as this will damage both of them.Such situations, in the dressing room, might create tension and can divert the focus of other players.