The football world was shocked when Lionel Messi made the move to French club Paris Saint-Germain in the summer of 2021. The 34-year old had previously spent seventeen years at Barcelona. Prior to his move to France, a lot of football fans believed he would add to the list of one-club legends like Paolo Maldini at AC Milan and Ryan Giggs at Manchester United. Well, Messi has already contributed a whole lot to Barcelona. He holds the record for most appearances at the club (778). He is also the club’s all-time top scorer with 672 goals.

Lionel Messi Could Make a Surprise Return to the Camp Nou

Diego Sinagra, the son of legendary Argentine footballer Diego Maradona, believes Messi will return to the Camp Nou. Just like Cristiano Ronaldo’s return to Manchester United and Gianluigi Buffon’s return to Parma, Sinagra is certain the seven-time Ballon d’Or winner will return to Barcelona. Here is what he said in an interview with Diario Sport;

“I am convinced that Leo Messi will return to Barca. Maybe this coming summer. He doesn’t look happy there.

“Obviously he is a great player and when you play like that you show it wherever he is. But his place is Barcelona, ​​without a doubt.”

“What club was not going to suffer his loss? For me they are coping well. If I say that Barça plays with [Ousmane] Dembélé, [Pierre-Emerick Aubameyang and Ferran [Torres], with [Adama] Traoré and [Frenkie] De Jong, it’s a team.”

Sinagra is currently the manager of lower league Italian side Napoli United. Prior to his retirement, he used to play football as a forward or midfielder, having come through the youth ranks of Napoli. He is also a professional beach soccer player. 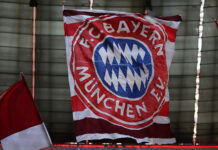