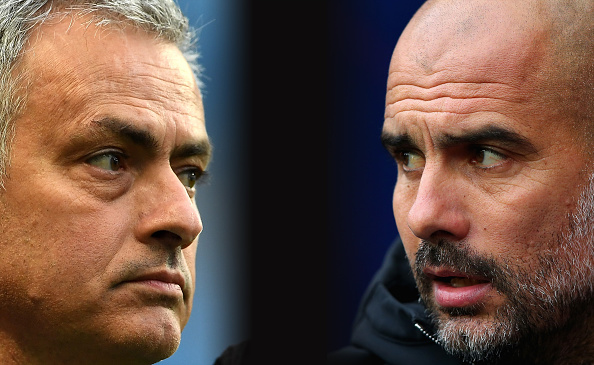 Pep Guardiola and Jose Mourinho are two of the most successful, well-known and influential managers of the modern football era. Their career paths have carried them through several leagues across Europe. Their very presence as the manager of a team signifies the club’s lofty ambitions. Their presence has also built upon a growing Premier League rivalry.

Guardiola has been described as a football poet. His style of play introduced at Barcelona encouraged possession and creativity. For his teams, having the ball was a weapon used in making the opposition lose their formation and their composure. The manager has adapted his style of play to the physicality of the Premier League and City currently is dominating the competition.

Mourinho, on the other hand, has been described as an eternal pragmatist. Regardless of the squad, he has at his disposal, Mourinho is a manager that always keeps an eye on the end goal. He may be known to park the bus right after his team has scored, but his strategies have made him a highly decorated manager.

Fans may assume the two men do not particularly favour each other’s presence, but Guardiola claims this is not the case. “Our relationship is correct, it’s friendly. We haven’t bumped into each other here in Manchester.”

Guardiola goes on to say that there is one thing that links the two managers and give them an understanding of each other. “He wants to win trophies, I want to win trophies and I think Antonio Conte, Jurgen [Klopp] and Mauricio [Pochettino] are like that as well.” Guardiola has said. “I never criticise the way my colleagues for the way they play. Football is magnificent because of every manager playing their way. There are a lot of ways to enjoy it. It is simple like that.”

The two managers first met while at the helm of Barcelona and Real Madrid respectively, the two teams involved in the El Clasico Derby. It was the most talked about football event in the world and their rivalry was often the focal point.

Impact on the English league

This rivalry and their immense expertise have since found their way to the Premier League. The EPL can boast, for the last seasons, having some of Europe’s greatest managers choosing to come to the British league. It’s a sign of how much its clubs are willing to invest and what their ambition for the future holds.

Guardiola currently leads Mourinho in terms of victories. The teams he has managed have won 7 times, while Mourinho’s have won 3 encounters, alongside 6 draws. Mourinho, on the other hand, has won more league titles as a manager, eight to Guardiola’s six.

It’s an important contest, one that is bound to provide as much excitement as the Manchester derby itself. It also signifies that the Premier League as the potential to offer us high-quality football each week.