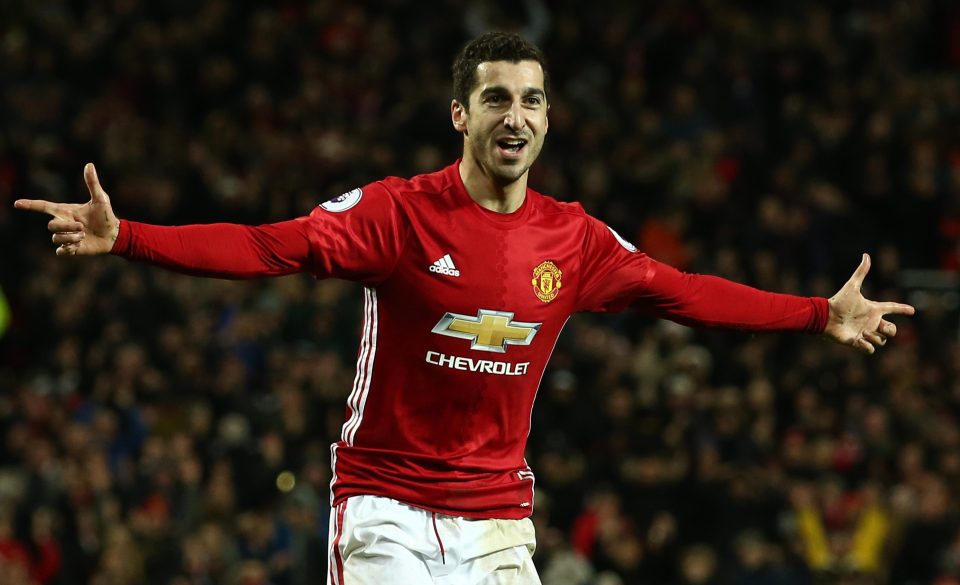 Having struggled to fit into Mourinho’s Manchester United, Armenian winger, Henrikh Mkhitaryan could be on his way out this winter.

The end of the road for Henrikh Mkhitaryan

Mkhitaryan’s inconsistency has angered both fans and the manage at United. It seems evident that his time at the club will be cut short this winter. Despite, having come off his best ever season at German giants Borussia Dortmund. The Armenian wasn’t able to bring that form over to England.

It looks all the more likely that out of favour Manchester United midfielder Henrikh Mkhitaryan will be transferred in January. The Armenian’s recent months at United were a far cry from expectation, leading to speculation of an exit.

The player joined the club in 2016 from Borussia Dortmund. Manager Jose Mourinho has given him few starts for United. It’s unlikely this will change. Seemingly out of favour with the club, thus the need for change for the beleaguered star.

The club reported to be closest to signing the midfielder is Inter Milan. The Serie A side are looking to challenge for top honors in Italy. Sky Italy is reporrting Mkhitaryan is one of many high-profile players that could be joining Inter Milan in the January transfer window.

On the other hand, also said to be interested are Premier League rivals Arsenal. According to the Gambling Times, Arsene Wenger is anxious to replace Alexis Sanchez. The Arsenal striker has refused to sign an extension on his contract, thus the urgency in signing a replacement. Notwithstanding a possible move for Mezut Ozil is on the cards for the Gunners.

Arsenal must sell unhappy Sanchez in the winter. Attempting to cash in before his contract expires in the summer thus rendering him free. An unwelcome slash of profit for the North London side.

Mkhitaryan could also be considering returning to Borussia Dortmund. The Armenian spent three years with the Bundesliga side. There he earned a reputation as one of the league’s top midfield players, and will be seeking a return to former his former status.

Speculation increased when a mysterious tweet was sent by Mkhitaryan’s sister. Seemingly asking for Dortmund fans’ support to bring their former star player back to the German side.

There has been no indication from Dortmund so far with reference to reclaiming their former player.