The defender signs on an initial loan deal which includes a £1.5 million loan and an option to buy for £18 million.

Ben Davies’ transfer from Preston North End was another important acquisition in Liverpool’s attempts to help bolster a defence that was looking alarmingly thin after major injuries to Virgil van Dijk and Joe Gomez. We take an inside look on Ozan Kabak.

Is Ozan Kabak the Answer to Liverpool’s Problems?

In the midst of a busy transfer deadline day, Liverpool revealed that Joel Matip is likely to miss the rest of the season with an ankle ligament injury. News that further increases the importance of Kabak’s introduction to the side and may increase the pressure on the young centre-back.

The young Turkish international is sure to be put in the deep end with games against Manchester City, Leicester City and RB Leipzig coming thick and fast.

Like most young European footballers these days, Kabak is very comfortable on the ball. This suits Liverpool’s style perfectly, as on average Liverpool’s centre-back’s pass the ball around 60 times a game. Current stand-in defender Nathaniel Phillips has often seemed shaky on the ball.

In the game against Newcastle United, the Magpies forwards could be seen shielding the ball towards Phillips hoping that the 23-year-old would give it back. Having players who, like the injured duo are good on the ball will help Liverpool maintain their possession-based style.

Schalke have been dreadful this season. The team is bottom of the Bundesliga. They have only won one league game all season and have kept just one clean sheet. For a player who is joining a team expected to win every game, this record is a real concern.

The young defender hasn’t even been the team’s best defender this season, statistically anyway. He ranks just 10th in the team for tackles per game (1.2) and 8th for interceptions (0.9).  There is one statistic that Kabak leads, however clearances. He averages 3.9 per game, higher than any Liverpool player too. Kabak may not be the greatest defender at the moment but he clearly has some standout abilities for Jurgen Klopp to develop.

One trait that often accompanies young defenders is being error-prone. Kabak is the exception to this rule as he has not made a mistake leading to a shot all season. This will help Liverpool majorly as mistakes have cost them games against Manchester United and Burnley. Liverpool needs this type of defender in their squad, both Van Djik, and Joel Matip rarely make errors so with the leadership of these defensive titans; Kabak can become even better in this area.

The young defender has struggled with his discipline throughout his time at Schalke. Earlier this season he received a four-match ban for spitting at an opponent, something that will have concerned Klopp and his staff. The three penalties the Turkish international has conceded this season reflect Liverpool’s own problem of giving them away so it is something Liverpool may be working on themselves in future weeks. Liverpool posses many experienced professionals amongst their squad so hopefully, one can take Kabak under their wing and sort his discipline out.

Inside Look on the Deal

The type of deal that Liverpool acquired Kabak with is very beneficial on many levels. Firstly, the fact the deal is a loan allows Liverpool to technically give Kabak a six-month audition before committing to the player. The £18 million fee agreed with Schalke is also less than half of the £40 million the German club demanded in the summer.

This is a good example of Liverpool waiting for their targets, although they may have waited till the summer had the injury crisis not hit them so hard. The reason Schalke sold so cheap is the looming threat of relegation on their club. If they had waited until the summer and been relegated, Kabak’s price could’ve fallen below 10 million. Another brilliant bit of business from sporting director Michael Edwards.

Smaller Talking Points of the Deal 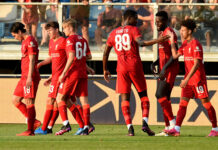 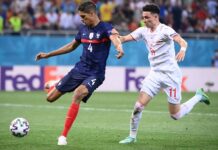 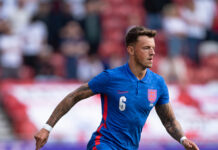