As many players head to international duty to compete for qualification for the 2022 World Cup in Qatar this week, many managers will be trialling squads and tactics ahead of this summer’s European Championships.

There is no bigger honour in football than representing your country so we decided to highlight three games that could tell us a lot about where they are at.

Robert Lewandowski is the deadliest striker on the planet right now and England will need to stop him if they are going to get something from this game.

For England, there is always pressure on them to be successful in competitions. Especially since they have not won a World Cup since 1966. The Three Lions has some younger talent in Phil Foden, Jadon Sancho and  Mason Greenwood

which is proving to be an exciting time to be an England fan.

Mix that flair and panache with the likes of Harry Kane, Raheem Sterling, Marcus Rashford and Jack Grealish and Gareth Southgate’s side are ones to watch.

The weakness of England is their goalkeeper. Southgate is expected to keep Jordan Pickford as his number one but with his slump in form, there have been many calls for him to be dropped altogether.

Both teams should qualify for the World Cup and England should be the favourites because they have more talent. Poland getting a draw would prove a good stepping stone but England has won four of the last five times both sides have met. The lone draw came in 2012 World Cup Qualifying resulting in a 1-1 draw.

With Norway losing a heartbreaking Euro qualifying playoff game to Serbia 2-1 they should have the motivation to qualify for the World Cup. With Erling Haaland, they always have a great chance. The focal point for the team and will be upset his side narrowly missed out. . The likes of Martin Odegaard will need to be heavily involved if they are to make it through.

Turkey is an exceptional team and will be buoyed by their emphatic win over the Netherlands last time out. Yet defensively they are frail. After going up 3-0 they conceded two goals in less than five minutes. Turkey is underrated because when you take a look at the roster the players aren’t recognized by the typical fan. Burak Yilmaz scored a hat-trick against the Dutch. Other players to watch are Umut Meras and Hakan Calhanoglu.

Assuming Turkey qualifies it would be the first time since the 2002 World Cup. They have met twice in 2007 for Euro qualifying. Turkey won 2-1 and drew 2-2. This will be the first time they have faced off in World Cup Qualifiers.

Portugal is among the favourites to win Euro 2021 and have a good shot at the World Cup in Qatar. This team doesn’t have a weakness they can attack and defend. Talent all over the pitch.

Cristiano Ronaldo has had a legendary career with Portugal accumulating 93 goals. They have Bruno Fernandes who is a supplying machine and his numbers continue to prove that.

Then you have Pepe and Ruben Dias as defenders. Dias is arguably the best defender in world football right now. Dias is a leader who makes the others around him better. An example is how much better Manchester City is defending since he got there. Pepe despite his old age is still tremendous. He was phenomenal in the Champions League against Juventus.

Serbia, need to play their best game and look to cause an upset. Sergej Milinkovic-Savic will need to be the main conspirator as he will be looking for opportunities for Aleksandar Mitrovic and Luka Jovic. The duo on paper is an excellent combination of poacher and target man but will need to be on their A-game against a stern defence.

In the last five games, these teams have faced off Portugal has won three times and drawn twice. All of them in European Qualifying. 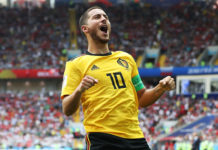