Having made his debut only in the September of 2020, Jack Grealish has suddenly become the poster boy of the England National Team. He may have only played 115 minutes in Euro 2020, but he has already established himself as a fan favourite.

Grealish: The Super Sub for England

This is not to say that Grealish should not be starting every game for England, rather it is to say that the Aston Villa captain does not need to start every game to have an impact on the game.

His role is more vital to the squad and some would even say more difficult. He offers much-needed versatility and unpredictability.

Grealish’s role is similar to that of Kylian Mbappe in the 2018 World Cup. He makes the difference in difficult games and adds unpredictability to the team. England doesn’t need him to play the same role that Harry Maguire, Declan Rice or Kyle Walker play in the squad.

This was seen more pronounced in the game against Germany in the Round of 16 ties against Germany. With “Super Jack” echoing in Wembley, he came on as a second-half substitute. As soon as he stepped on the pitch, he changed the game. He played a part in both the goals and gave England the creative power they were missing in the first half.

Grealish has changed his style of play and became more creative. His darting runs into full-backs coupled with his eye for a killer pass have helped him adapt to this role.

Grealish’s Change For Club and Country

Jack Grealish has evolved in the past season. Although he was always a talented player, he has hit his peak recently. One of the biggest reasons Aston Villa survived in the Premier League a season prior to the last, he becomes the best version of himself recently.

He was creating more chances than ever and with Ollie Watkins at Aston Villa and Harry Kane with England, he finally had someone who could finish his chances.

Dribbling has always been his strong suit, but in that department’s 2020-21 season numbers have also improved. He now completes 2.51 dribbles per 90 compared to his numbers in the 19-20 season, where it was just a little lower than two successful dribbles per 90.

What It All Means for Grealish

In Grealish’s own words, quoted saying in a recent interview; “You have got six players that play either side of Harry that, in reality, could play for most clubs in the world. Myself, Jadon [Sancho], Marcus [Rashford], Raheem [Sterling], Phil Foden and Bukayo [Saka]. That’s scary how good us six are. That’s not being big-headed or anything. That is just the truth.”

This shows he knows who he is up against in terms of competition in starting squad.

However, Gareth Southgate realises the uniqueness and importance of Jack Grealish. He may not start every game, but we do know that he will still probably one of the most, if not the most, important players in the English squad. 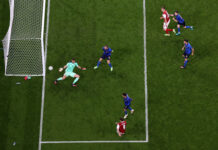 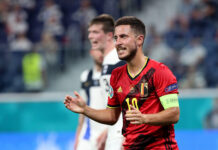 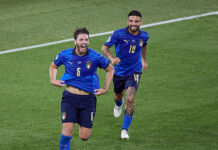