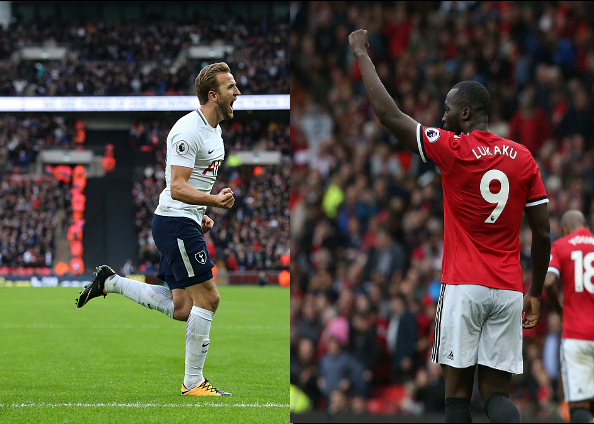 There was plenty of world-class talent on display when the Premier League season started. When talking about goalscorers, two names were brought about more than any others. And within the first weeks of the competition, there was confirmation that their potential was going to be put to good use.

The first was Tottenham’s Harry Kane, a striker who has been consistently providing tremendous stats for the last three seasons. Expectations were that Kane would lead Spurs to success and become the leader England desperately needed. After all, the statistics painted the picture of a player reaching for the heights usually reserved for the likes of Messi and Ronaldo.

The other much talked about player was Romelu Lukaku. The Belgium striker arrived in England in 2011, signing with Chelsea and was instantly branded as a “wonderkid”, which has spelt the kiss of death for many blooming careers over the years. Loans and an eventual sale to Everton followed and many worried his potential may have been wasted. However, Lukaku came into his own at Everton. Following a season that saw him score 25 times in the Premier League, he agreed to a move to Manchester United, a club obsessed with regaining its glory of old. He was also to enjoy the backing of a manager ready to make him the central piece of his squad. Lukaku was to replace Ibrahimovic and, naturally, all eyes were to be on the forward.

It’s been built as the showdown between the Premier League’s “ultimate strikers“. So, who’s winning, so far? Who stands to finish the season on top? And what does the future hold for the two players?

How did the strikers start the season?

Romelu Lukaku seemed to be first off the blocks. After seven weeks he stood first in the goalscoring ranking with seven strikes. After all, for these players representing the “classic number nine position” (although Kane technically wears the #10 jersey) goals are the most important factor after which they will be judged. Kane was still a bit off his pace with the player seemingly struggling to find his regular rhythm in the first weeks of the competition. Spurs seemed to struggle without the familiar surroundings of White Hart Lane.

However, things changed quickly. Kane has added two goals to his ally since then. Now, with eight goals, he is tied with Manchester City’s Sergio Aguero in the top position. More importantly, the England striker has proven vital for his team with his presence galvanizing performances by Spurs. It even lead City manager Pep Guardiola to jokingly label the London side “the Harry Kane team”. It should be mentioned though, that the comment was made prior to Tottenham defeating Champions League holders Real Madrid in an impressive team performance.

Lukaku, on the other hand, has failed to score since then. His role in the team has not diminished, although fans worry the player may have hit a mental roadblock in recent weeks. Add to this the fact that United has lost points, most importantly to the Belgium’s former club, Chelsea. The return of Zlatan Ibrahimovic in the winter may have the effect of reducing his playing time even more, especially if goals aren’t served back on the menu.

Who’s ahead so far?

At the moment, Kane is winning. Not only is he scoring goals, but he is proving to be Spurs’ lucky charm. With him on the pitch, the team secured some of the best results in their recent history (the victory against Real, especially). Tottenham finally looks ready to mount a serious challenge for the EPL trophy.

Lukaku has proven he can be clinical in front of goal for United. The recent goal-drought does little to convince anyone otherwise. The question is whether he can maintain consistency and whether he can help his side even on the odd day when is not the one scoring the goals. If United’s campaign fails, someone will need to be blamed. The manager and main striker are usually the first ones to receive criticism.

Who stands to finish the season on top?

It remains to be seen. As a lone striker, the team’s success is highly dependent on the player’s goal scoring ratio. However, the overall team performance will have an important role in determining the winner in this unofficial race.

Lukaku has proven at Everton, that he can score, even when backed by players whose abilities are below those of his own. With a better squad at United, he should manage to find the net regardless of whether the team wins the league or not.

Harry Kane is the focal point of his team. Sure there are plenty good players and Spurs’ opposition would know better by now. However, Kane has been the player whose performances have developed in the same rhythm as his team’s. To put it bluntly, if Tottenham wins the Premier League, Kane should finish as top goalscorer.

Time will tell which player will prove to have a higher influence. Most importantly, the attention that is given to Kane and Lukaku proves that the role of the “classic” striker has not diminished. It also proves that football fans are still looking to be entertained by football heroes proving deadly in front of goal.