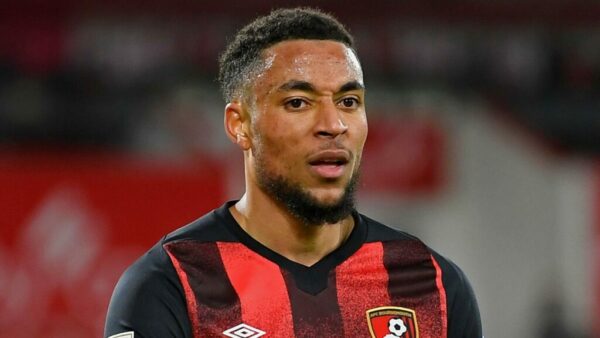 The current situation at Anfield is enough to understand why Liverpool considering a forward makes complete sense. That being said, David Ornstein of The Athletic has reported that the Reds are monitoring Villarreal’s striker, Arnaut Danjuma as a solution to the ongoing concerns at the club.

It has been a tough few weeks for Liverpool and Covid has not made it any easier. With Jurgen Klopp unable to field a completely fit squad, the results have also followed accordingly. Sitting third in the Premier League table with 42 points, Liverpool have dropped crucial points in the past month. This has led to them losing ground with Manchester City who are 11 points clear on the top.

Jurgen Klopp was not present in the stadium when Liverpool played out an entertaining draw against Chelsea on 2nd January as he had contracted the virus. Its further outbreak in the camp saw the first-leg semi-final fixture of the Carabao Cup against Arsenal get postponed. Although his presence against Shrewsbury in the FA Cup on 9th January is still unclear, his headache keeps amplifying as he struggles to select a strong team out of the fit few.

An Expensive Deal Worth Pursuing?

The extremely talented Dutch international made his way into professional football through PSV Eindhoven’s academy. He never played for their first team and joined another Dutch club, NEC Nijmegen after his spell with PSV’s reserves.

However, his next move started gathering fame and he was getting recognised across Europe. He joined the Belgian side, Club Brugge in 2018. A season later he was swooped by Premier League’s AFC Bournemouth. It wasn’t the ideal start a forward would expect, as he failed to score for a whole year. The club got relegated, however, it stimulated Arnaut Danjuma’s output.

His form attracted the La Liga side, Villarreal, who dished out €25 million for his signature at the start of the 2021/22 season. He has been excellent for the Yellow Submarines even surprising Unai Emery. In the six months so far, he has netted nine goals in 18 appearances.

Villarreal have slapped a release clause of €75 million in Danjuma’s contract and they will definitely not budge from that valuation. Liverpool will be hoping to negotiate a deal around his market value whenever they pursue him. Although a January move is currently not in the cards, Liverpool might consider him as a last resort.

Liverpool considering the 24-year-old forward is understandable given the situation they are in. Roberto Firmino and Divock Origi are out because of Covid and muscle problems respectively. Takumi Minamino hasn’t recovered from his injury, but he is hopeful to return to action soon. The destructive duo of Sadio Mane and Mohamed Salah are also absent. They will be unavailable till February 6th as they are representing their countries at AFCON.

This leaves them with Diogo Jota as their only viable option up-front. Although these problems may seem temporary, there is a major reason that might make them speed up their pursuit of Danjuma.

Firmino and Salah are both set to become free agents in 2023. While the club is working hard to negotiate a contract that will tie their valuable assets longer at Anfield, they must be prepared for the worst outcome. If the contract renewal fails, Danjuma could be on his way to Liverpool to bolster the squad as a long-term option.