The Manchester derby was set up to be a title-deciding encounter but with Manchester United slipping off the gas, the blue side of Manchester is stampeding towards another Premier League title as they look to extend their 21-game unbeaten streak.

Back in December, an early sparring match ended in a scoreless draw and no punches landed. Both sides seemed content with a point including John Stones and Scott McTominay who embraced at the final whistle to Roy Keane’s dismay.

Manchester City looked unbeatable without some of their superstars out and now Kevin De Bruyne and Sergio Aguero are fully fit they might be invincible. They both started in the 2-1 win over West Ham United on Sunday.

For the past month, Joao Cancelo has been among the best-left backs in world football. He contributed to the John Stones goal against the Hammers and was instrumental in both of the goals against Borussia Monchengladbach. But ahead of another double game week, Pep Guardiola is prone to the rotation, fantasy premier league players will know.

Aymeric Laporte and Gabriel Jesus started against Wolves so you could expect John Stones and Sergio Aguero to start against Manchester United. What may be his last season, Aguero is more clinical than Jesus and is the top scorer in the derbies. Nobody wants to see the same result of the previous derby and Aguero can make sure it won’t happen.

If there is one worry about Ederson, it is that when he has been tested he has not done well. The Leicester City and Tottenham Hotspur games earlier this season are prime examples. The criticism won’t likely happen in Premier League play because of the gap between Manchester City and the rest of the league. Ederson has not had to do much in the Premier League because of the exceptional recent form. When it’s clear the opponent has a great opportunity to score Ederson needs to prevent the ball from going into the back of the net.

The Red Devis have struggled to score goals against the Big 6; only scoring once. Five of those games have resulted in scoreless draws. It seems like in these games both teams play not to lose. Ole Gunnar Solskjaer blasted the referees against Chelsea on Sunday. According to Luke Shaw in his post-match interview, he was told that the referee told Harry Maguire:  “if I say it’s a penalty then it’s going to cause a lot of talks afterwards.”

At some point, the referees need to be held accountable for their mistakes. The silver lining for Manchester United the teams chasing the top four are not performing either but the race for the top four is heating up and United cannot afford to slip up from this position and this game will be their biggest this season. In a title-deciding Manchester derby, everything is on the line for Solskjaer’s side.

Form over Moments of Brilliance

The form City is in there is no way Manchester United can park the bus settling for a score draw. In a derby,  throw out the records as anything can happen.

Pep Guardiola’s side has conceded after going ahead in both their previous games before a late flourish of goals. City is likely to play their strongest team has not played since Tuesday.

For the Red Devils, Marcus Rashford needs to show up as Fernandes has not scored a goal against Big 6 teams in the Premier League play this season. Another concern for Ole Gunnar Solskjaer is whether David De Gea returns or not and who is to partner Maguire at the heart of the defence. Eric Bailly has performed to expectations on every opportunity he has been given.

After a draw in the previous fixture between the two, Manchester City has always won the next time the teams have played. I will give them a 3-2 win and hopefully, it has the intensity and passion of a title-deciding derby. This game can be high scoring because of the rivalry between the teams and if one of the teams gets down they will be hell-bent to tie it up. 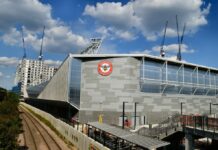