Paris Saint Germain and Manchester City clash at the Parc des Princes on September 28th. Manchester City broke out offensively versus  RB Leipzig  winning 6-3 whilst PSG are still trying to find their best team and managed a 1-1 draw against Club Brugge. Manchester City may just be playing PSG at the right time as they search for consistency. Aymeric Laporte is available for selection and Lionel Messi will play despite his injury.

Which Manchester City Will be On Show?

Which Manchester City team will turn up on Tuesday – the team who scored six goals or the one that was held scoreless by Southampton with just one shot on target?  Raheem Sterling is unlikely to start the game because of his poor form and Manchester City look lost offensively when he starts in big games.  Riyad Mahrez and Gabriel Jesus are proving to be better wingers. Mahrez scored two goals vs PSG in the Champions League semi finals in the 2020/21 season so starting him would make sense.

Kevin De Bruyne and Jack Grealish are likely to start and can show why they are among the best players in the world right now. It should be noted that Manchester City have found their new centre-back duo Ruben Dias and Laporte a solid pairing and are yet to concede a goal. Dias has become a leader at Manchester City and is a team captain and his attitude has positively impacted his teammates’ confidence and raised their game.

Even if Messi plays he is likely limited and not fully fit. Neymar and Kylian Mbappe have to step up to the plate. Mbappe got hurt in the Champions League 1st leg and did not play in the decisive second leg against City last seasons. An argument can be made that a fit Mbappe playing for PSG would have beaten Manchester City so payback will be on the mind of the PSG players. PSG has the better front three in Messi, Neymar and Mbappe. All three are world class and always a threat to score.

Messi has 120 Champions League goals. It should also be noted that Keylor Navas and Gianluigi Donnarumma are better than Ederson who isn’t a shot stopper at the same level or either of those goalkeepers. The one advantage Ederson has is his passing which Pep Guardiola has used to great effect.

Achraf Hakimi is underrated; he has three goals and two assists in eight games for PSSG which is very impressive considering he’s a full back.

A 2-1 PSG win because it’s a home game and the PSG players are out for revenge and will take the points in this match. These teams are going to meet again later in the group stage and potentially in the knockout round. 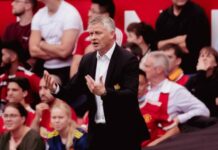