Ahead of this weekend’s game between Rangers and Dundee United, Steven Gerrard’s side will be looking to build momentum for Europa League qualification against Malmo.

This game is one they’d expect to win but it will pose a very different challenge to last week’s fixture against Martindale’s Livingston.

Rangers Have One Eye on Europa League Qualification

If United want to take a point at Tannadice this weekend they will need a much-improved performance from the one they put out in their opening game at Pittodrie. Against Aberdeen, United was fairly underwhelming and struggled to implement Courts’ style of football.

The former Kelty manager clearly wants his team to play out from the back but they looked poor when doing so with only Mulgrew completing over 80% of his passes according to Sofascore. The back three also looked disorganised out of possession and were very poor in conceding Aberdeen’s second goal- an easy Christian Ramirez header. If this team are going to hurt Rangers however you’d expect it to be on the counter. With the wingbacks bombing forward and Lawrence Shankland up top, they do have the potential to hurt teams when braking at speed.

Onto the Premiership champions now. The weaknesses I just mentioned for United could play right into the Rangers’ hands. We’ve all seen that Gerrard’s side likes to press so if Dundee United are planning to play out from the back (and don’t improve on it) their mistakes won’t go unpunished. It’s all well and good looking at it tactically and comparing the two teams but we know if this Rangers team are at their best no one in Scotland can stop them particularly when players like Ryan Kent, Ianis Hagi and co are firing.

This fixture could be more important than it initially looks when putting it into the context of the upcoming week of football. With a disappointing performance at Malmo on Tuesday, Rangers will look to the game at Tannadice to build momentum and confidence to turn the tie around. 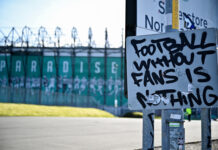 Celtic vs Rangers: Away Fans To Return To Old Firm Clash 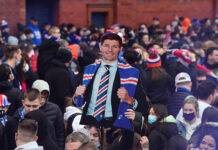