The general public tends to think highly of our athletes. We respect people who have physical strength, self-control, health, and talent. We heap high-praise on those athletes who represent our countries, cities, and towns and win awards proving that “we” are the most talented. With few exceptions, we seldom learn about our heroes on a more personal level.

When we take the time to look beyond the games, uniforms, and World Cups, we often find some genuinely nice people who actually care about the world we live in. We often find that these super-stars are quietly working in the background of society, making life a better place for those who needed help. You can read about some more inspiring athletes here.  In this article, let us tell you about some unique athletes who reach out to help people, just because they need help. Not because they wanted another feather in their cap. But, just because it was the right thing to do.

Manchester United star, Marcus Rashford has been working for the past year with the charity FareShare to distribute food to children who depend on the food they eat at school for their daily meal. Rashford confided that he was once one of those children. His family needed the free meal he got daily at school. It was very concerning for Rashford to think of 600,000 not getting that free food assistance, and going hungry in the UK.

Marcus was extremely touched by the generosity of the companies and people who helped him raise the funds and food. Tesco pledged £15 million worth of food for this cause. ASDA pledged £2.5 million in cash and the co-op an additional £1.5 million in food. SuperMarket, Pret-A-Manger, and Pizza Express have made generous donations. Right now, the general public has donated  £160,000 in cash. In these trying times, it is nice to know there are a lot of good people in the world.

Marcus Rashford and a few others have suffered through difficult times. Recently he has been heckled by people with abusive language asking if he is black. Two of his teammates,  Axel Tuanzebe and Anthony Martial also received racist. He responded as follows:

“Humanity and social media at its worst. Yes, I’m a black man and I live every day proud that I am. No one, or no one comment, is going to make me feel any different. So sorry if you were looking for a strong reaction, you’re just simply not going to get it here.

“I’m not sharing screenshots. It would be irresponsible to do so and as you can imagine there’s nothing original in them. I have beautiful children of all colours following me and they don’t need to read it. Beautiful colours that should only be celebrated.”

Pep Guardiola has donated €1million to help provide medical equipment in the fight against COVID/Coronavirus in Spain. He worked with his attorneys to decide the best ways to use the money and decided it will go to a campaign being promoted by the Medical College of Barcelona and the Angel Soler Daniel Foundation.

Portuguese professional footballer who plays as a forward for Serie A club Juventus and captains the Portugal national team. Ronaldo is considered by many as one of the most talented football players of all time and certainly a man with a huge heart. Ronaldo sold one of his Ballon d’Or awards from his collections of 5, for £530,000, and donated the money to the Make-A-Wish Foundation.

This is just one of his acts of selflessness. He once donated $83,000 to a 10-year-old child who needed brain surgery. He has donated towards the building of a pediatric hospital in Chile and he has contributed towards the efforts to conserve the mangrove. His efforts to help children in need have made him the ambassador of the Save The Child organization.

British distance runner and winner of 4 world records, Fiona Oakes runs Tower Hill Stables Animal Sanctuary and is an ambassador for The Vegan Society. Fiona has competed in over 100 marathons and finished in the top 20 in two of the world’s Major Marathon series (Berlin and London), along with winning the Main Start and placing top 20 in the Great North Run.

We see it all the time in people who win the lottery. People who have money want to help people who do not have money. It is the same for athletes. Those who have a talent that brings them fame and wealth want to give to those in need. We all want to help each other live a happy life. Whether you give money, time, or skill, your contribution is needed and valued. Your voice needs to be heard. 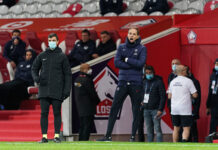 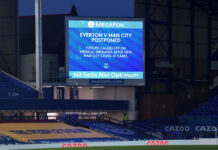 Everton v Manchester City Called off Due to Coronavirus 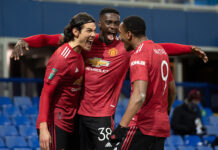