In June an article was published titled “Does Thomas Partey Really Make Arsenal Any Better? The Numbers Are Undecided“. In that article, the conclusion was that Thomas Partey was not a needed upgrade for Arsenal.

Let’s ignore the small sample size of games he has played for the Gunners and focus on per-game production overall. The middle of the field is Partey’s playground. He leads Arsenal in both tackles in the 1/3rd and successful pressure rate. The Ghanian international is winning the ball high up the field for Arsenal regularly. If we had a creative focal point to feed off Granit Xhaka‘s dirty midfield work it would be appreciated more but instead, the footballs just end up in Xhaka’s feet for him to slowly turn and his a killing momentum backwards pass.

In no time Thomas Partey has become our first and most impressive line of defence. He is not a traditional setting, number six destroyer but he has some of their core characteristics married into his box to box midfield nature bringing a new dimension to this Arsenal defence that Lucas Torreira was simply not doing. Thomas Partey also has the size to match his playstyle, unlike Lucas Torreira.

The 27-year old has quickly become our best ball progressor in the Premier League. Coming up in Diego Simeone’s counter-attacking setup Partey excels at linking defence and attack. Aside from Gabriel Martinelli and the ostracized Mesut Ozil he may just be our best transition player.

Partey is posting a plus 75% dribble success rate while completing over two dribbles a game for the club. Sadly he is one of our deeper players and has no other midfielder who can do this job at a higher level. This usually leaves him as our sole transition piece in games. He would play best with Dani Ceballos but that will mean dislodging one of Xhaka or Mohamed Elneny who has surprisingly become stalwarts in Mikel Arteta’s Arsenal side.

A balanced Arsenal side will see our wingers move ahead of him in this chart. A fellow like-minded central midfielder to match his position. Attack-minded full-backs slightly behind him and only defenders far back trailing.

No Partey No Play

Thomas Partey is an excellent defensive contributor for his position. He is an excellent ball progressor form deep down the field. His link-up play from defence to attack may just be the best this club has seen since Aaron Ramsey left for to gather an early retirement fund at Juventus. Now on-loan at Atletico Madrid, Torreira could play this role given the chance but playstyle needs to be done at a high level to work in this league like the never stopping N’Golo Kante and his physical build never really took to the Premier League. Uruguay international, Torreira failed to even crack the rotation at a place where Partey was seen as a guaranteed starter. Thomas Partey is a new dynamic midfielder that Arsenal has lacked since Patrick Vieira and is one in the long-term to consistently rely on. 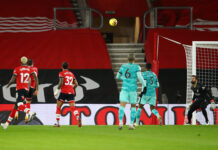 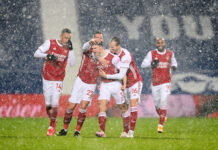 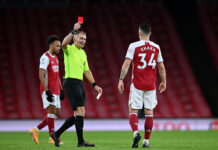