Over the years, trends and habits in football have evolved. Investing huge amounts in youth and building a proper framework for their development are gaining more and more importance in a club’s strategy and policy.

These changes have unsurprisingly resulted in young players step up and showcase their potential. Players like Kylian Mbappe, Erling Haaland, Jadon Sancho and Matthijs De Ligt have already earned the title of superstars and are earning huge stardom and money.

During Manchester City’s back-to-back title-winning seasons, everyone saw glimpses of Phil Foden’s potential as Pep Guardiola gave more game time to the youngster. Foden repaid his manager’s trust by delivering consistent performances week on week. Dubbed as the ‘Stockport Iniesta’; the 20-year-old has reached a new level this season.

A boyhood City fan, Foden has the most goals for his club this season while also making his national team debut this season. Due to City’s lack of worldwide reach and other issues have often seen Foden rarely mentioned amongst the best youngsters in the world or even England. However, if he keeps his focus on the game and looks to be better; his time as a superstar will surely come.

When Nicolo Barella joined Inter Milan from Cagliari in 2019 he was unknown to the world and even after a period of more than one year of incredible consistency, the Italian midfielder stills remains ignored amongst the discussion of best young players. Playing for his dream club, Barella has cemented his place in Inter Milan’s midfield and is surely one of the best midfielders in Serie A. The 23-year old delivered one of the performances of the season when he delivered a man of the match performance bagging a goal and assist against Inter’s bitter rivals, Juventus.

There was a lot of excitement when 18-year-old Rodrygo from Santos joined Real Madrid in 2019. Called the ‘New Neymar’ the Real Madrid board and coaching put a lot of trust in the Brazilian. The young starlet began his life in Spain spectacularly scoring a goal on his debut and even bagging a hattrick on his Champions League debut.

However, after that due to the form of Vinicius Jr and Eden Hazard, Rodrygo’s role was ultimately reduced to the bench. Nevertheless, he has been arguably Real Madrid’ best and most consistent winger since the start of last season. His injury has already weakened the wing position at Madrid which just goes to show how much of an asset the 20-year-old is to the club.

However, not every prodigy has been able to reach the superstar level due to several reasons but their skills and prowess cannot be ignored. These were your three underrated youngsters in football. 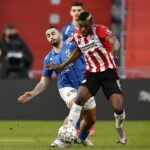 gabriel.neves74 - February 24, 2021
0
Over the years, the Netherlands First Division, Eredivisie has managed to produce some of the best young prospects in all of Europe. Frenkie de... 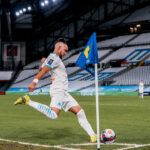 Adarsh - February 22, 2021
0
Marseille is a history rich club, with success on the pitch and plenty of controversy off it. Since its inception in 1899, the club...
© Copyright Last Word On Sports INC, 2011
MORE STORIES