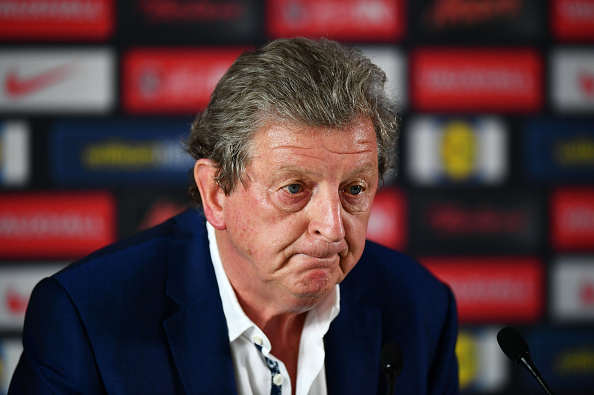 Crystal Palace manager Roy Hodgson faces a tough weekend. His bottom placed Eagles face Spurs in the Premier League at Wembley on Sunday. A look ahead to the Premiership clash.

Spurs’ being with out key players will be music to the ears of beleaguered Eagles boss Roy Hodgson. Despite giant killing efforts to beat Chelsea, his side have won little else since. Suffering heavy defeats to Manchester City and Manchester United, conceding nine goals in two games.

Valiant efforts in the 2-2 draw with West Ham will at least give Roy Hodgsons’ men give a little more confidence. They still have only four points, from ten games, and lie at the foot of the Premiership Table.

Hodgson wants one for the road.

It’s a big ask for Roy Hodgson and The Eagles. They have failed to score in any of their away games. He will be pleased however, that two key bricks of the Spurs defensive wall that held off the attack of Real Madrid will be missing.

The news that injured defender Mamadou Sakho is fit to return to duty will also delight former England manager Roy Hodgson. The 27-year-old, who signed from Liverpool for £27m has struggled with a knee injury picked up against Spurs last May.

If his defence are to contain the likes of Dele Alli and Harry Kane, it will take resilience that Palace defence have often failed to show. Roy Hodgson will be hoping Sakho’s fitness problems are over. He will be key if Palace are to climb out of the relegation zone.

Back to Business for Spurs

Tottenham boss Mauricio Pochettino will want to ensure his Hotspur’s boots are firmly back on the ground. Following their epic 3-1 Champions League triumph over Real Madrid midweek, complacency could prove costly.

When side meet Crystal Palace at Wembley on Sunday, the three points on offer are of equal, if not more importance than those taken from the Spanish giants.

Despite the euphoria of the win, Pochettino will be looking to claim three points to keep his side in contention for the league title. Tottenham currently lie in 3rd position behind Manchester City and Manchester United in the Premier League.

With the likes of Wilfried Zaha on the pitch, and ex Spurs man Andros Townsend, Pochettino will have warned his men to concentrate on the job in hand, and let not events from midweek cloud their focus.

Spurs have been unable to replicate the unbeaten home run they had last season in the Premier League. Already with a loss against Chelsea, and two frustrating draws with Burnley and Swansea, they’ve been had more success on the road.

Those needless points lost to draws last time out, arguably helped Chelsea to the title. Tottenham will be looking to rectify that.

After finishing third and second in the last two years, the pressure is on to decorate their new stadium with a trophy. Proving they can indeed contend for the Premiership prize under Pochettino’s charge.

Didier Deschamps declares Lloris out of French side

However, injuries to Hugo Lloris and Toby Alderweireld could spell a headache for Mauricio Pochettino. His goalkeeper and captain is feared to be unavailable for at least two weeks. Potentially missing the big North London Derby as well as Sunday’s clash with the Eagles.

In a report by Sky News, French Manager Didier Deschamps indicated Lloris could be unavailable for two weeks due to a thigh injury. Thus ruling him out of France’s imminent friendlies.

Toby Alderweireld also limped off the field during the tie with a pulled hamstring. Though no new statement has come from Spurs since, Mauricio Pochettino did say after the tie “He feels something, and tomorrow we must assess him. For Sunday it’s difficult, but we’ll see.”

The match takes place at Wembley Stadium on Sunday 5th November Kick Off at 12.30