For the first time since 1958 the Italian National Team will not be taking part on the world’s biggest stage. An uninspired Italy failed to score over two legs against Sweden with many pointing at coach Gian Piero Ventura for their failures and rightful so.

A World Cup Without Italy

This is arguably the best crop of Italian players since the nation lifted the World Cup in 2006, but Ventura’s out of date mindset has cost the Azzurri. For the majority of the qualifying campaign Ventura deployed a 4-2-4, which might be efficient against smaller teams. However, when his side came up against Spain in September 2017 he didn’t adapt his tactics for the opposition, a theme that recurred against Sweden, and Italy got annihilated 3-0 on the day.

Falling at the last hurdle

Against Sweden Ventura changed the system to a 3-4-3 but did not include Italy’s most creative player Lorenzo Insigne, only subbing him on in the first leg in the 76th minute as a centre midfielder. The second leg was crying out for Insigne, but instead, bafflingly as Italy needed a goal Ventura kept on all three centre-backs and was ready to bring on Daniele De Rossi. His stubbornness to change has cost one of the best footballing nations a spot at the World Cup.

It has been reported that senior players like De Rossi, Gianluigi Buffon, Giorgio Chiellini and Andrea Barzagli all tired to come together and make their own game plan and tactics as they had little faith in Ventura to do so himself. Ventura was a dead man walking and had Italy qualified it would have been very likely that they may not have made it past the group stages anyway.

End of many eras

Buffon, Chiellini, Barzagli and De Rossi have now played their last game for Italy and it’s time for Italy to start to build for the future. Since winning the World Cup in 2006 the Italians have failed to make it past the group stage in 2010 and 2014 and now have failed to qualify for the tournament in 2018. The warning signs were there. Change was needed for some time now and now that change has to start.

First and foremost, it is a blessing that Ventura has been sacked, fresh management is need in Italy. In less than two years as coach, he has set the national team back years and will continue to do even more damage if he isn’t ousted immediately. Bringing in a new coach with new ideas and an understanding of how to change the system to the situation he’s in and the players he has will be imperative.

2 years ago Antonio Conte took a poor group of players to the Euros and got them to the quarters, beating Spain and narrowly losing to Germany on penalties. Ventura had much better players at his disposal now but had sucked the life out of them.

With most of the veteran players retiring, Italy now need to build a team around the likes of Daniele Rugani, Jorginho, Federico Bernardeschi, Marco Verratti, Andrea Belotti and Insigne. One Gigi will also be replacing another Gigi as Gianluigi Donnarumma is ready to step in and wear the gloves for Italy as Buffon ends his 10 year, 175 cap international career.

“Out with the old and in with the new”. Things need to change with the 4-time world champs. If one shining light can be taken from one of the darkest days in Italian football it’s that change has been long overdue and this disappointment needs to be the catalyst for that change. 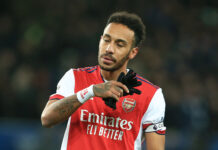 5 Players Who Need A January Transfer To Revive Their Career 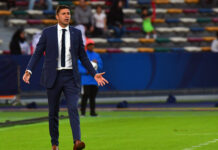