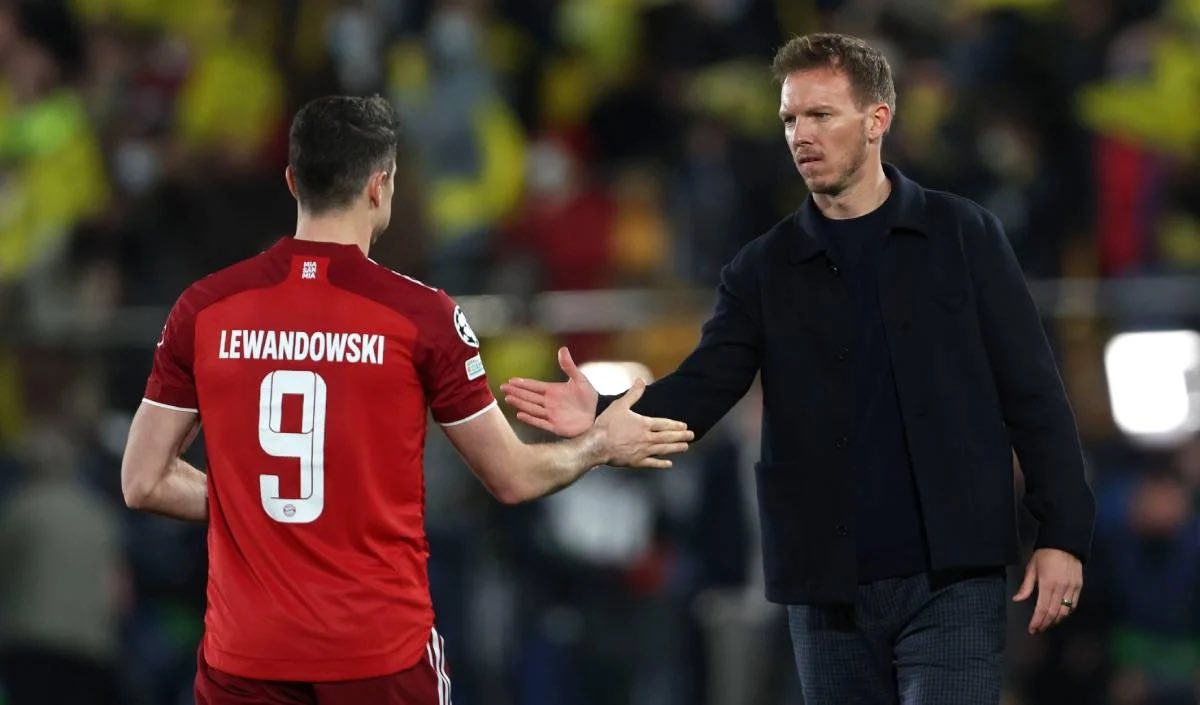 Only a few managers under 40 who gained success for their team throughout World Cup history.

For many, being a football manager is not always a path to glory. Nonetheless, it has drawn an increasing number of people, not only former professional footballers but also the laymen. The success of Arrigo Sacchi, Jose Mourinho, and now Julian Nagelsmann inspire those with little-to-no football career background to pursue their dream as team boss on the sidelines.

No wonder that managers under 40 have been often seen in the football top flight today. The current Bayern gaffer is undoubtedly the most prominent example. Nagelsmann is still 35 years old but has already been leading Die Rotten in the second season. In other parts of Europe, Ruben Amorim is another proof. He is currently 37 years old and was able to end Sporting Lisbon’s 19-year title drought in Portgual’s Betwin Liga back in 2021. Across the continent, there is Marcelo Gallardo who won his first silverware for River Plate in 2014 when he was just 38 years old.

Unfortunately, this year’s World Cup appears to be the antithesis of such trend, with no managers under the age of 40 leading any of the qualified teams. The youngest manager in Qatar 2022 is, in fact, Argentina boss, Lionel Scaloni. He is 44 years old. So, have there ever been managers under the age of 40 who thrived in the world cup finals? Three of them even managed to lift the trophy.

The Most Outstanding Managers Under 40 at World Cups

He was known as the most successful manager in Ligue 1 with eight titles for two clubs, Reims (five titles) and St. Etienne (three), which is still a record today. There was one fun fact about Batteux. He was also in charge of Les Bleus at the 1958 FIFA World Cup while still leading Stade Reims. At that time he was 39 years old guiding Just Fontaine and co to finish third in the tournament. It was France’s best achievement at the World Cup before eventually winning it in 1998 and 2018.

The former prolific German striker stole the spotlight back in 2004 while being appointed by DFB to be at the helm of Die Mannschaft on the eve of World Cup 2006, hosted in Germany. It was a bold move for German football governing body since Klinsmann, aged 36, had no prior coaching experience before. Nevertheless, he did not disappoint the home fans during the competition.

Under his reign, the hosts played attractively in a 4-4-2 formation, relying on pace and power instead of the old dull one. Previously, Der Panzer was well-known for their 3-5-2 formation counting on effective and efficient attack with set pieces and aerial duel as their weapon. They finished third at last after thumping Portugal in the third place playoff. Klinsmann’s team was hailed as Germany’s new generation, which became the embryo of their triumph in 2014.

He was probably the most distinguished figure in the history of Seleção head coaches. Not only was he only 39 years old while leading Brazil to finish third in the 1978 World Cup, but he also had a military background. Under his tutelage, the attractive football was no longer the trademark of Brasil. It was discipline and strong defense. They did go unbeaten throughout the tournament, but were unlucky to progress to the final. It was believed that Emerson Leão and co were the victim of the host’s conspiracy during the second group stage.

He was the second coach of Les Bleus to bring the team to finish third place at a World Cup, this time in Mexico 1986. Michel was still 39 years of age at that time and Michel Platini’s teammate in the 1978 edition. France’s campaign in 1986 was memorable for their stunning form in the knockout stage by eliminating the reigning champions Italy at the round of 16 and favourites Brazil at the quarterfinals. Such victory in fact marked the beginning of their superiority against the five-time World Cup winners. France has never lost to the Seleção on the global stage ever since.

Menotti is undeniably one of the most influential football managers in history, especially in Argentina. He was only 39 years old when guiding La Albiceleste to their first World Cup title back in 1978, despite the tournament’s controversy. El Flaco employed attractive, attacking football, relying on a high-tempo passing game and ball possession. Such flair brought him to move to Barcelona in 1982/83 season with Diego Maradona in the squad. Sadly, he only had a brief spell in Catalonia.

When discussing managers under 40 at the World Cup, Suppicci must not be ruled out. He is still the youngest head coach to ever win the most prestigious tournament in football. He was just 31 years old when he guided Uruguay to the first world title in 1930. His accolade might have been underrated but Suppicci was the trailblazer in football management. Part of his legacy was isolating training camp for the national team as well as intensive physical exercise to prepare for the big tournament.

He is one of the very few figures who have won the World Cup as a player and a manager. In 1958 and 1962, Zagallo was apart of the winning squad. He returned to the Seleção as a head coach in World Cup 1970. Aged 38, the former Botafogo man optimized the star-studded squad led by Pele with the 4-2-4 formation. Brazil played their best football at that time and is still considered as one of the greatest World Cup teams up to this day.