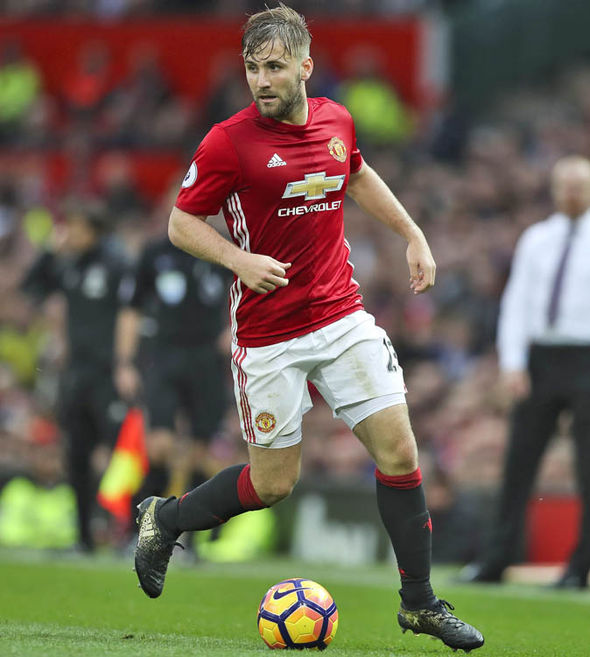 Troubled defender Luke Shaw and his failure to meet Mourinho’s expectations could cost him his place in the Manchester United starting XI. He has failed to shine at left-back when played by the United boss.

Is Luke Shaw to be re-United with Pochettino?

Luke Shaw is not a typical Mourinho defender.  He is not aggressive and shows no leadership qualities. With Daley Blind first choice at left-back, could Shaw follow full-back Matteo Darmian out of the Old Trafford door?

The England defender, lost his place in the squad due to injury and lack of playing time. He could reignite his career by teaming up with former manager in Mauricio Pochettino, the man who guided Shaw to a startling breakthrough at Southampton in the 2013/14 season.

With Danny Rose suggesting earlier in the year he’d be interested in a move away to try and win trophies, Shaw could be replacing 27 year-old Rose. Rumours of a switch deal are rife.

How could the move affect both clubs and both players going forward?

Tottenham would be getting a younger player in 22 year old Shaw. He has room for improvement, with the potential he showed at Southampton and United. His horrific injury obtained against PSV Eindhoven in the Champions League two years ago, put progression on hold.

Shaw has improved under Mourinho more recently, with a decent performance in the last Champions League game against CSKA Moscow. Results though have not been there for Mourinho. United dropped points against Southampton and Leicester, and were dumped out of the cup by Bristol City.

Spurs manager Mauricio Pochettino has transformed young players like Dele Alli and Harry Winks since arriving at Spurs. He has also developed Rose whose absence has turned Ben Davies into a sound left back. The Argentinian coach could help Shaw reach full potential if Rose leaves in January.

Rose showed alleged frustration a few weeks ago when he appeared to react to being substituted. Rumours of Rose’s discontent surfaced in an interview printed in the Daily Mirror. It isn’t the first time the club has been linked to United’s Luke Shaw, with wage requirements cited as the leading cause of previous failures.

Danny Rose hasn’t been fit all season. With the World Cup approaching he may request a move away. He is nearing the latter stages of his career, and has not won a Premier League title, though possessing the potential to do so.

Clubs like Chelsea and Man United would easily attract Rose with higher wages. Spurs are funding a new stadium, and have a notoriously strict wage policy. Both Chelsea and United have won the Premier League in recent times.

The likelihood of a swap deal is slim, but if Shaw is shipped to Spurs, then Rose could be seen as a replacement for him.