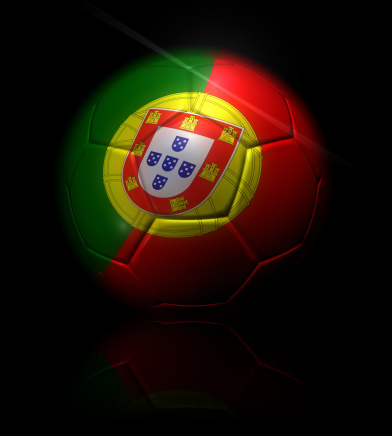 Portugal and Mexico are currently considering candidates for the new head coach after their disappointing World Cup.

Portugal and Mexico were really upset with their last World Cup result. Seleccao das Quinas were surprisingly knocked out by Morocco in the quarterfinals. Meanwhile, El Tri could not even progress to the round of 16. It was the first time they failed to do so since 1978. That brought an end to eight consecutive World Cup appearances where they would make the last 16.

Fernando Santos and Tata Martino, the previous managers of Portugal and Mexico respectively, were both sacked following both countries failing to at least match expectations. Several names have floated around to be at the helm of both teams since their Qatar exit. However, Portugal and Mexico have yet to appoint their new bosses. They do not seem to be in a rush with January 2023 as their most likely deadline.

Portugal will start their EURO 2024 qualifiers in March while Mexico will have no immediate major fixtures or tournament. The latter will be one of the co-hosts for the World Cup 2026 alongside USA and Canada. Their next big competition will be the 2024 Copa America, where they are likely to join their South American counterparts in preparing for the next World Cup. Check out the candidates for the next ones in command of Portugal and Mexico.

Several names have been tipped as potential successors to Fernando Santos. Despite their ties to their current clubs, two names have emerged as the strongest options. They are Roma’s Jose Mourinho and Lille boss, Paulo Fonseca.

Mourinho seems to be the Portuguese football governing body’s first choice. They are even ready to allow the former Chelsea and Inter manager to take a double role, should he object to leave his project with AS Roma. Such appears to have left the manager, once dubbed “The Special One,” undecided for the time being. He reportedly remained silent while the press questioned him.

Meanwhile, Paulo Fonseca is the next one to turn due to his strong involvement with the FPF’s project to help Ukrainian refugees in Portugal alongside his wife. Fonseca was once at the helm of Shakhtar Donetsk before moving to Roma. Although he has barely won any major silverware apart from the domestic league titles in Ukraine, his offensive football definitely suits the large pool of attacking talents in the Selecao Das Quinas squad.

Should FPF fail to lure them, they have three other names in their pocket. They are Porto boss Sergio Conceicao, Portuguesel U21 head coach Rui Jorge and Sporting Lisbon manager Ruben Armorim. Another candidate who expresses his interest is the former Marseille boss, Andre Villas-Boas. He has been without a management job since leaving OM in February 2021.

If Portugal has a plethora of notable domestic coaches to choose from, El Tri might turn their head to another foreign name. Former Spain manager Luis Enrique is the most recent candidate on the list. He has been relieved from his post after his failure to lead Sergio Busquets and co to the latter stages in Qatar. Their loss against Morocco on the penalty shootout at the round of 16 turned out to be unforgivable.

Appointing Enrique should not be an issue. However, the ex-Barcelona manager appears to have one condition before accepting the job: Mexico must send more players abroad, particularly to Europe. This is critical because they will co-host the next World Cup. Yet, the country lacks top European club players. Only four players under 30 from Europe’s top leagues were in their World Cup squad. They were Napoli’s Hirving Lozano, PSV man, Erick Guiterrez plus Ajax duo Edson Alvarez and Jorge Sanchez.

Previously, the Mexican football federation was eyeing Pachuca boss Guillermo Almada as the leading candidate. The second favourite was Toluca head coach Ignacio Ambriz. The former has brought his side to win the Liga MX Apertura title while the latter managed to guide his underrated squad to reach the Copa Mexico Final last year. Ambriz also clinched the 2016 CONCACAF Champions League title with Club America.

Some other names who could be considerable are Miguel Herrera and former Mexican captain Rafael Marquez. Both worked together in the 2014 World Cup, when Herrera was in charge of the team and Marquez was the skipper. The former is currently unattached while the latter is the head coach of Barcelona B.