Manchester United’s October fixtures following the International breaks come after a disappointing 1-1 draw with Everton at Old Trafford. 16 Manchester United stars in the first team are on duty with their national team. Football fans will now be looking forward to the UEFA Nations League finals and qualifiers for the 2022 World Cup in Qatar.  However, Manchester United’s October fixtures will be Ole’s biggest worry as we head into the International break. The Red Devils have four huge games (in all competitions) in their remaining fixtures for the month. These games could well be Solskjaer’s biggest test so far.

The Manchester United manager has come under criticism for the team’s poor results, although they currently sit 4th in the league table, results in some games and poor performances have frustrated fans.

Losses to Aston Villa and Young Boys and the 1-1 draw at home to Everton on Matchday seven have been disappointing.  The next few weeks for the Reds provide a far more difficult test.

Manchester United will travel to the King Power Stadium to take on Brendan Rodger’s Leicester City immediately after the Internationals. Leicester City have not had a good start to the 2020/21 premier league season. They currently sit at 14th in the league table after seven games. However, the Foxes have a squad that can cause big problems offensively. It will be interesting to see how Manchester United set up for this match.

Three days after the visit to Leicester City, United will welcome Atalanta in a Champions League group stage fixture. Manchester United suffered a shocking defeat to Young Boys in the opening game of this competition and needed a last-minute winner from Cristiano Ronaldo to grab all three points from the second fixture. They now need another win against Italian side Atalanta. This game could be crucial for United’s qualification from the group stages of the Champions League.

Historic arch rivalry between these two sides and they meet again this month at Old Trafford. Liverpool are currently the only team in the league that are yet to taste defeat. Jurgen Klopp’s men are already writing a title statement with their performances so far. Liverpool’s Mohammed Salah will be a big threat to Manchester United’s fragile defense.

Tottenham Hotspur’s new manager, Nuno Espirito is always a hard nut to crack for United under Solskjaer. The former Wolverhampton Wanderers boss gave them some problems during his time at Wolves and it will be interesting to see how Ole Gunnar Solkjaer approaches this game with his most difficult opposition manager.

Manchester United’s October fixtures could be a make or break period for Ole Gunnar Solkjaer. If the manager fails to overturn recent poor results, we might be seeing more speculation about his job. 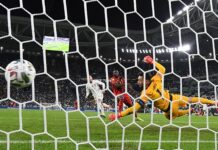 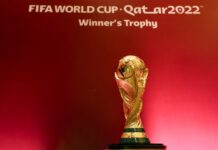 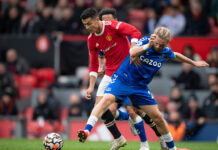