The Rise and Fall of Rashford

Marcus Rashford rose to fame following his outstanding performance on his Manchester United debut. Two goals against Midtjylland in the UEFA Europa League exploded him into the limelight.

However, it was the subsequent games that showcased the youngster’s talent. Rashford scored on his debut Premier League appearance, again for the League Cup, Champions League and Manchester Derby matches. This earned him his International call up, justified by a goal on his debut. Therefore becoming the youngest player to score in his first senior match.

What has happened this season?

The young forward has featured 25 times in the Premier League this season. A  reasonable statistic, but only 13 of those have been starts. His performances have lacked attacking threat, forced out wide due to the arrival of Romelu Lukaku. He has thus struggled to find form in his new role of service provider.

£75m Lukaku, who signed in the summer from Everton, has replaced Rashford in the lone striker role, resulting in 20 year-old Rashford playing wide. His pace is still his forte. However, the style of play United have adopted, this season has limited his scoring options.

With the recent addition of Alexis Sanchez, Rashford may struggle further to secure a regular first team spot.

It has been a tough transition for Rashford. He has been unable continue the stunning early form showed whilst breaking through. Last season he featured 53 times in a United shirt, scoring a respectable 11 goals.

Game time is likely to be more limited now though for Rashford. Anthony Martial and Sanchez are able to play in his position. A winger is not his preferred role, but probable only option if he to remain on the pitch.

The forward’s last Premier League start came on Boxing Day in a 2-2 draw with Burnley. Since then he has played just 19 minutes of league football, having been injured for the last two matches. Thus his confidence is lower than ever, unlikely to return unless he starts more games.

He must take his opportunities

Rashford has four goals and five assists in the Premier League this season. He has struggled in the league, with his last goal and assist coming in October. When given time on the pitch though, he has taken his opportunities. By the 28th October, the local lad had contributed 12 goals in just 16 games.

Despite fewer chances in the league of late, he has seized the opportunity of scoring in other competitions. Rashford has netted 6 times in 12 appearances across the Champions League, FA Cup, and the EFL cup.

In those games, he will be looking to perform well and earn his game time in the Premier League.

Time to move on?

The Premier League is where every top player wants to be. Rashford will be no different. Even though he will feature in cup matches, it will be little compensation for spending most of his time on the bench.

Sanchez, Martial, Lingard and Lukaku are all above Rashford on manager Jose Mourinho’s team list. Therefore could a move be his best option in the summer?

At 20 years-old it could be regarded foolish to leave Old Trafford just yet. However, it is unlikely Mourinho would let the striker leave to a rival, thus would limit his opportunities in the Premier League.

As an England international and with the World Cup and European Championship around the corner, Rashford will soon hit the age where regular game time is a must. Could it be time for the young star to find a home elsewhere? 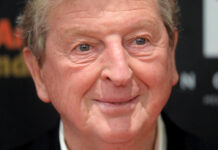