Stuttgart is known for producing world-class talent. Timo Werner, Antonio Rudiger, Joshua Kimmich, Serge Gnabry, Benjamin Pavard and Liverpool‘s new centre back Ozan Kabak are some of the recent big names to come out of their academy. One of the most exciting teams to watch this season, but we must find out what has led to the resurrection of Stuttgart.

The Resurrection of Stuttgart

One of Germany’s most successful clubs, Stuttgart has won five Bundesligas and the Dfb-Pokal on three occasions. Only seven clubs in Germany have won more trophies than Stuttgart. But the club in recent years has fallen from its prestigious position and has looked like a ghost of its past self. Not only has it been fourteen years since their last title win, but they have also been relegated twice in the last five seasons.

But this season Stuttgart have shown the immense potential the club encompasses and they have played in a way few expected them to. One of the most exciting teams to watch in Europe this season, Stuttgart’s promotion to the league has gone better than expected.

Stuttgart’s amazing season has been down largely to their amazing recruitment strategies. Sven Mislintat, the ex-recruitment head of Arsenal and Borrusia Dortmund and the manager Walter Matarazoo have done a brilliant job at this front.

Sven Mislintat is known for his smart recruitment strategies. His arrival at the German club lead to a complete overhaul of the transfer policy. He focused on signing players that were affordable and underappreciated.

At Arsenal, he was responsible for bringing Pierre Emerick Aubameyang and Bernd Leno to the club. At Borrusia Dortmund, Mislintat’s recruitment was unmatched. He helped Jurgen Klopp build the golden generation. He signed players like Robert Lewandowski, Aubameyang (yes, again!), Shinji Kagawa, Ousmane Dembele and even Mats Hummels.

Walter Matarazoo is known for his unchained way of playing football. Unlike other coaches of traditional underdog teams, Matarazoo does not play a conservative style of football. The team does not sit back and attack only on the counter, rather they attack as their lives depend on it.

VfB also plays a fearless form of football. They don’t hold back while playing the big teams, a concept clearly demonstrated in the game against Borussia Dortmund, a dysfunctional team then, which lead to the sacking of Lucien Favre. The Die Roten went to the home of one of the biggest teams in Europe and turned the furniture upside down. The 5-1 win at the Signal Iduna Park showed the world that Stuttgart is not playing around.

Even in the games against the champion, Bayern Munich, Vfb didn’t kneel and let them walk over. Stuttgart attacked and attacked fearlessly. Their wing-backs constantly bullied and bulldozed Bayern’s midfield and if not for the fearsome attack of the Bavarians, it would have been Stuttgart’s win.

Stuttgart’s towering centre forward Sasa Kalajdzic has enjoyed an immensely successful debut season. Signed for a mere 1.58 million pounds, the Austrian has scored 16 times and assisted five in 2136 minutes this season. That’s a whopping contribution of 0.88 goals per 90! The 6 foot 7 striker is known for his positioning. He can slip through the gaps in the defence and is hardly ever caught offside. Due to obvious reasons, he is also brilliant in aerial battles, winning 56.8% of his total aerial battles. Still only 23 he has immense potential and is already being scouted by the likes of Liverpool, Arsenal and West Ham.

The winger from DR Congo has played at the right-wing and the right wing-back position for Stuttgart this season. Tall, athletic, quick, strong, versatile and solid defensively Silas Wamangituka is one of the breakout stars of Bundesliga. 11 goals and four assists in 1909 minutes this season puts his goal contribution per 90 at 0.7. His 2.86 shot-creating action per 90 is one of the highest from his position in Europe. He is also very hardworking putting 14.68 pressures per 90. Wamangituka is also a fearsome dribbler, dribbling past almost three players per 90. Attracting interest from Bayern and Dortmund, we could see the 21-year old leaving for one of the bigger clubs.

Croatian left-back Borna Sosa is a familiar name to football manager enthusiasts. The 23-year old, however, has also had an immensely successful season in real life. Talked about as the ideal replacement for Jordi Alba at Barcelona, Sosa has provided nine assists this season the second highest in Europe’s top five leagues. With 6.43 crosses and 1.94 passes into the penalty box this season, he is one of the best ball whippers in the Bundesliga. He also creates 3.31 shot-creating action per 90, a stat very high for someone playing at left-back. With Bayern and Leeds sniffing around, it may not be long before the 23-year old leaves the club.

23-year old Argentinian attacker, Nicolas Gonzalez is an extremely hardworking and clinical forward. He is quick, creative and good in the air. The striker or who can also play on the wings has won 54.2% of his aerial battles and creates 2.89 shot-creating actions on average per 90. He is Stuttgart’s super-sub and been brilliant off the bench, supplying the goods when needed. Tottenham and Juventus are rumoured to be interested in him and with the right bid, Gonzalez can be seen leaving Stuttgart.

If Stuttgart can hold on to their star players, they can be a force to be reckoned with in the upcoming season but with clubs looking to make thrifty purchases, the likes of Stuttgart could be raided for their exciting quality. 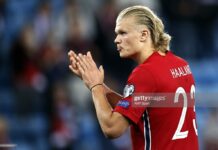 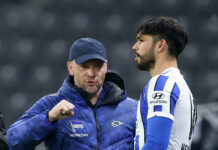 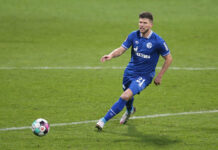