FC Barcelona have announced their new manager with a Xavi return confirmed. The news comes after the Spaniard’s departure from Al-Sadd came to light earlier in the day. The Qatari side have allowed him to fly to Spain after his former club paid a release clause for his services, according to Sky Sports.

Xavi’s hiring, however, hasn’t come cheap. According to Fabrizio Romano, the Catalan giants have paid a €5 million release clause for his return. Journalist Romano confirmed the club’s interest in Xavi in late October. Rumours arose regarding Xavi’s return long before Koeman’s sacking.

The former midfielder flirted with the idea prior the axing of Ronald Koeman on October 10, 2021. He said to TVE: “Any offer will be evaluated and then a decision will be made. I don’t know where my future will take me, but I’m open to anything.”

Fellow club legend Ronald Koeman was sacked by the club on October 27, 2021. Despite a decent 58.2% win rate, the Dutchman’s reign was riddled with disappointment. The exit of Lionel Messi, underwhelming signings and just four wins in 12 sealed his fate.

The club’s financial woes teamed with poor showings on the pitch have made for a dissatisfying campaign. But club president Joan Laporta sees his former star as the man to guide them back to glory.

Xavi made 767 appearances in all competitions for Barcelona between 1998 and 2015. The iconic midfielder then made his way to Qatar with Al-Sadd. He played four seasons before becoming the club’s coach in 2019.

In the dugout, Xavi has already been successful. The Spaniard has won the Qatar Stars League, Super Cup and two Qatar Cups amongst other trophies. The club won the league title in April 2021 with an unbeaten record. Bjarki Mar Olafsson, head of scouting at rival club Al Arabi has praised Xavi’s coaching skills.

Olafsson said to Sky Sports: “I think it is a major simplification to just talk about Barcelona and that tiki-taka football because what he is doing is quite innovative and really exciting in terms of his style of play.” 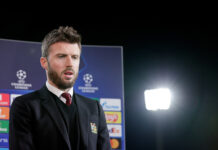