With the World Cup just under a week away, it’s the last week for teams to prepare for success before heading off to Russia. England faced Nigeria at Wembley as goals from Harry Kane and Gary Cahill brought victory for the Three Lions. But what did we learn from this penultimate game and England’s victory?

Three At The Back Looks Certain

Over the past couple of months, Southgate has played a three at the back. Now in the Nigeria friendly, this formation looks certain for Russia. Also, Kyle Walker is looking likely to start in the back three which is vital for pace especially with the full-backs bombing forward. His next two partners are uncertain at the minute but Gary Cahill could be favourite after his man of the match performance and experience. The last centre back needs to be calm on the ball and can pick out a pass so Harry Maguire or John Stones look the best candidates.

Set-Plays to be Vital

England’s first goal came from a corner kick which saw Gary Cahill blast a header in from six yards out. But as Three Lions fans know, set-pieces are usually our weak point after Harry Kane’s involvement in their taking at Euro 2016. However, based on the game yesterday, England have better height advantage along with better set-pieces taker. So games against Panama and Tunisia this could be key to getting that first goal.

England were very impressive against Nigeria as they prepare to warm up for the World Cup. From the starting eleven we had four attacking players on the same sheet but what worked so well was the movement. When you’re playing against a team who are sitting back then you need as many creative players possible. The likes of Raheem Sterling, Jesse Lingard and Dele Alli provided that movement will open up Nigeria defence. This will be key for when we play Tunisia and Panama.

The first half was all but controlled by Southgate’s men with Nigeria posing no threat at all. But it was a game of two halves after an early goal by Alex Iwobi which boosted the opposition’s confidence. The second half wasn’t as perfect than the first with gaps starting to show in the defence of Three Lions. John Stones had a lack of game time and Kyle Walker played in an unnatural position. However, with Harry Maguire to surely slot into the back three, it will definitely sure up the defence.

The three goalkeepers were Southgate’s hardest decision for 23-man-squad after dropping the experienced Joe Hart. His next big decision will be who starts in Russia. Jordan Pickford started in-between the sticks for the friendly against Nigeria, which was his only third cap. The Evertonian’s hands were not needed but his feet were vital as his calmness out from the back. Southgate wants England to build from the back and based on Pickford’s performance his looks the most likely candidate. 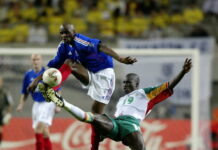 Senegal in the 2002 World Cup: The Forgotten Fairytale 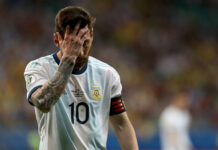 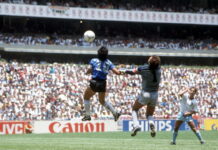 Maradona: The best player ever? 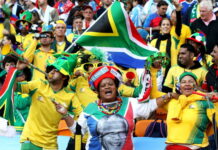