Guardiola lands Laporte at the Etihad

Another eventful transfer window for Manchester City and Pep Guardiola. The drama resulting with their priority signing in situ. A central defender, young Frenchman Aymeric Laporte has made his way to the Etihad.

With depth added to the central defender position consisting of Aymeric Laporte, Nicolas Otamendi, John Stones, and Vincent Kompany. There is back-up when required.

Runaway Premiership Leaders City will now be looking towards the summer transfer window to complete the squad Guardiola set out to build since taking over in 2016.

Here we look at three positions Guardiola will be looking at to strengthen, and which players are likely to be targeted. 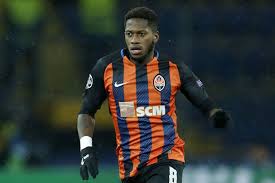 Shakhtar Donetsk and Brazil midfielder Fred were heavily linked to City in January. City reportedly desperate to seal the deal in the winter window. Thus avoiding the inflated prices of the summer market.

The deal was reportedly put off by Shakhtar’s belief that the player was crucial in their Champions League campaign as well as City’s late pursuit of Riyad Mahrez.

At 24 years of age, it looks as if Guardiola has pinpointed Fernandinho’s long term replacement, with Yaya Toure looking likely to leave the club in the summer. However, Fernandinho is thriving in his unique role under Guardiola.  Fred will have to settle for squad rotation next season. 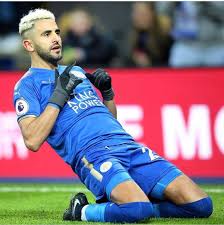 Algeria and Leicester City winger Riyad Mahrez was the subject of a massive deadline day transfer to Manchester City. The sky blues reportedly offering around £65 million for his services. Pep Guardiola and City have been attempting to bring in a wide forward since last summer. They spent two windows chasing the signature of Alexis Sanchez from Arsenal, only for him sign to rivals Manchester United.

City walked away from the potential deal for Mahrez after reportedly having a fourth bid rejected by Leicester.

Little did either club know, the failed transfer thus sparked a new saga. Disgruntled Mahrez has now decided to boycott Leicester City, in an attempt to frustrate and pressure the club into selling him in the next window.

Pep Guardiola recently admitted to the press that City attempted to sign Mahrez in the summer and winter windows, with both attempts having been blocked by Leicester.

Pep Guardiola will continue the hunt for Fox Mahrez

The City manager went on to hint that the club will return for Mahrez in the summer, therefore the drama will continue.

With the Foxes’s star man currently refusing to play for the club, seemingly this can only end one way should City return in the summer.

The saga continues. This week Leicester will be travelling to the Etihad. Possibly without their star man. 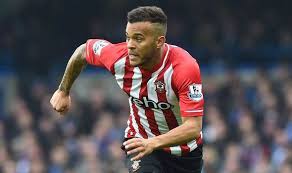 Whether City currently need to target a back up left-back to Benjamin Mendy, therefore the subject is debatable.

Oleksandr Zinchenko has been used as a left back despite being a central midfielder, along with Danilo. Thus City could therefore be looking at a left back more similar to Mendy.

Southampton’s Ryan Bertrand has impressed since leaving Chelsea for the Saints in 2015. City could be looking at the England international as experienced enough to fulfill left back requirements in Guardiola’s system.

At 28 years old, Bertrand is competing with Mendy’s youth, it could be an ideal signing.

On the flip-side, young left back Ryan Sessegnon has pulled out a breakout season for Fulham in the Championship, thus more debate.

At just 17 years of age, Sessegnon is a long-term signing for City. Also thus fulfilling a more homegrown spot.

The left back signing at this point therefore also remains open to discussion. Dependant on Guardiola’s stance – whether preserve Delph as the back up to Mendy, or look towards the transfer market.

Foreign Players in Ukraine-Russia; Some Have Moved out, Others Opt to Stay

Wardhana Idham - May 14, 2022
0
The New Champions League format has finally been confirmed by UEFA Executive Committee and is set to begin in the 2024-25 season. On Tuesday, the...

Wardhana Idham - May 9, 2022
0
As they have reached the 2022 Champions League Final, Liverpool now has the opportunity to get revenge against the same opposition they faced in...

Wardhana Idham - April 30, 2022
0
Unai Emery reached his first Champions League semifinal with Villareal this year. It is interesting to see if he is just lucky or can...

New Champions League Format Confirmed and Set to Begin in 2024/25...