The Serie A title race is heating up with Lazio and Juventus locking horns in the final few weeks.

Around Europe, England crowned their champions with eight games left, and Real Madrid look set to return as Spanish champions. Fierce competition to end the season isn’t really there, and neutral supporters are struggling to find a fascinating end to a football season.

Well, keep your eyes on Italian football with the two sides set to go head to head for the Serie A, as four points currently separate the two sides.

With nine games left, The Serie could very well go either way.

Lazio vs Juventus – The race for Scudetto heats up

Juventus in the driving seat

Juventus will be confident in regaining the Scudetto for the ninth consecutive season and the 36th title in their history.

Although Maurizio Sarri has got supporters worried after losing two finals this season, he remains in the driving seat to defend their Serie A title. However, the next five games could make or break his career, with some huge games in the coming weeks.

Juventus will be tasked to face three of the seven top teams in the Serie A. In a week, the Old Lady will welcome Atalanta, who are currently the highest goal scorers in the league with 82 goals, and recently beat Lazio 3-2.

Then, nine days later, it will be one of the most mouth-watering ties in Europe as Lazio travel to Juventus. Many expect that will be the game to decide who will become Italian champions. However, the Atalanta game will be their toughest game, as they have yet to lose since the restart, whilst scoring 12 goals in the process. Juventus have been unstruck by defensive errors across the season, and Atalanta will be the side to expose them, especially with the lack of options for Sarri.

Danilo is the only available full-back ahead of this weekend, with Mattia De Scoligo and Alex Sandro both out injured. Juan Cuadrado and Blaise Matuidi have taken to right-back as replacements for De Scoligo. Nonetheless, against quality opponents, Juventus will be punished unless the Italian can regain fitness before Atalanta and Lazio fixtures.

Lazio to end the 20-year wait

The past decade has been dominated by Juventus. So, it will be fair to say the whole of Italy will be eager to see Lazio finally end their dominance – unless you’re Roma or Juventus supporter.

Many would have imagined Inter Milan being Juventus’ biggest challengers with the signings of Romelu Lukaku and Christian Eriksen. However, Inzaghi has rejuvenated Lazio and are on course to possibly end their 20 years wait for another Serie A title.

Looking at their next five fixtures, Lazio has notably the easier run-in compared to Juventus. Many would expect the fixture against Juventus would be the toughest game in that list, however, Inzaghi will be without his goalscorer Circo Immobile and Felipe Caicedo against Milan.

36-goals ripped out of the side, and their replacement being Joaquin Correa who has managed only eight goals this season. Plus, with Milan yet to lose since the restart in Serie A, the upcoming game against Stefano Pioli’s side could decide whether Lazio will be victorious or distraught at the end of July.

Also, the voice of concerns since the restart of the Serie A is Lazio’s slow start in games after conceding first in the previous two fixtures. Whilst they have provided quality to bring themselves back into the games, luck has also been on their side.

A deflection saw Marcelo Parolo’s shot saw Lazio take the lead against Torino, and the week before a soft penalty saw Immobile equalize against Fiorentina in the final 20 minutes. A slow start against AC Milan could cost Inzaghi’s side three vital points and luck doesn’t always last forever. 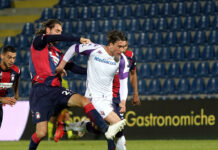 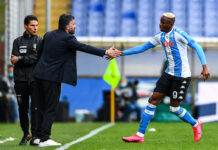 Victor Osimhen Is Destined for Greatness