Manchester City’s indifferent start to the season has seen some speculate the end of an era for Sergio Aguero and how much are City missing the influence of David Silva?

The Cityzens have 15 points from their opening nine games, including a 5-0 rout of Burnley last time out. There are several reasons for this including their defence, lack of substitutes and unpredictable offence.

Manchester City does not intimidate opponents anymore as they once did. They don’t rout opponents anymore or look to score several goals. Even in the wins, it seems they are content with a 1-0 win or 2-1 win. This team has way too much talent to be getting results like this. The issue is they dominate possession but don’t use it effectively. Pep Guardiola’s lineups have been questionable as well at some point you need to change it up. I would like to see Sergio Aguero and Gabriel Jesus both starting; they have a great record when both are starting. Riyad Mahrez and Raheem Sterling definitely need to pass the ball more instead of trying to be the man. There have been a few games where if they passed it to a teammate it would have set up an easier opportunity for a goal. They better start playing better offensively because draws and losses will not help you rise in the standings. The killer instinct Manchester City has had in previous seasons needs to come back.

Guardiola tends to take too long to make substitutions, even as late as the 80th minute on some occasions. With the offence struggling substitutions need to be made sooner. Possibly after half-time. The frustrations were there to see against Tottenham and matters didn’t help when the Spanish manager opted to not make any changes until after being down 2-0 with the game out of reach with around 20 minutes to play. If he continues to make late substitutions while being down it will cost them more points. A change is needed to provide a spark to the offence.

Manchester City’s signing of Ruben Dias from Benfica took their spending close to over £500 million which is still making the same mistakes that are leading to easy goals for the opposition. Both of their losses against Leicester City and Spurs were down to defensive mistakes. In the Leicester game, they conceded three penalties and three different players Kyle Walker, Eric Garcia and Benjamin Mendy fouled Leicester players. That’s a very easy way to lose the game which resulted in a 5-2 loss. In the Tottenham game goalkeeper, Ederson was in a bad position which led to the goal by Son Heung-Min. The difference between great teams and average teams is great teams don’t continue to make the same mistakes every time and make the necessary adjustments. 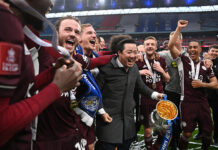 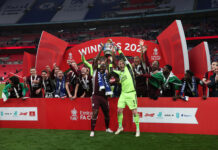 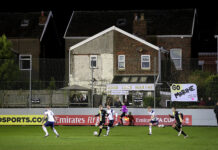