Manchester United have reportedly identified Leicester City midfielder Wilfred Ndidi as a possible transfer target should they fail in the pursuit of Donny van de Beek. The Ajax midfielder has been heavily linked with a move to Old Trafford, with Real Madrid also looking like a potential suitor.

Ole Gunnar Solskjaer is trying to strengthen the midfield ahead of next season as the Red Devils have also registered their interest in Bayern Munich’s Corentin Tolisso.

Ndidi is one of the Premier League’s highest-rated midfielders, and it comes as no surprise after he had played a big hand for Brendan Rodgers’ side to push for the top four race this season.

The Nigerian midfielder joined the Foxes in 2017 and has since become a vital cog in the midfield. However, it is the 19/20 season that saw the 23-year-old steal the limelight owing to his impressive form.

United are currently stacked with plenty of midfield options and yet the fringe players like Andreas Pereira and Juan Mata have been a worrying concern to the Norwegian boss.

Besides, the injuries to the reliant players like Scott McTominay and Paul Pogba this season have forced Solskjaer to rely on Fred, Nemanja Matic and Bruno Fernandes – the club’s January signing and saving grace, given that he has bagged 2 goals and 3 assists in 5 Premier League games so far.

Ndidi would be an upgrade over the 31-year-old Matic and to a certain extent, can provide healthy competition for both McTominay and Fred.

Manchester United are said to have an array of midfielders such as James Maddison and Jack Grealish on their wishlist with Ndidi being the latest one.

United will face Tottenham in their first fixture tomorrow. 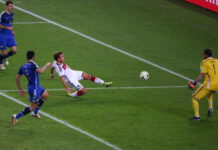 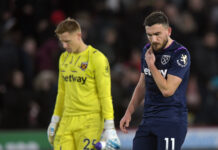