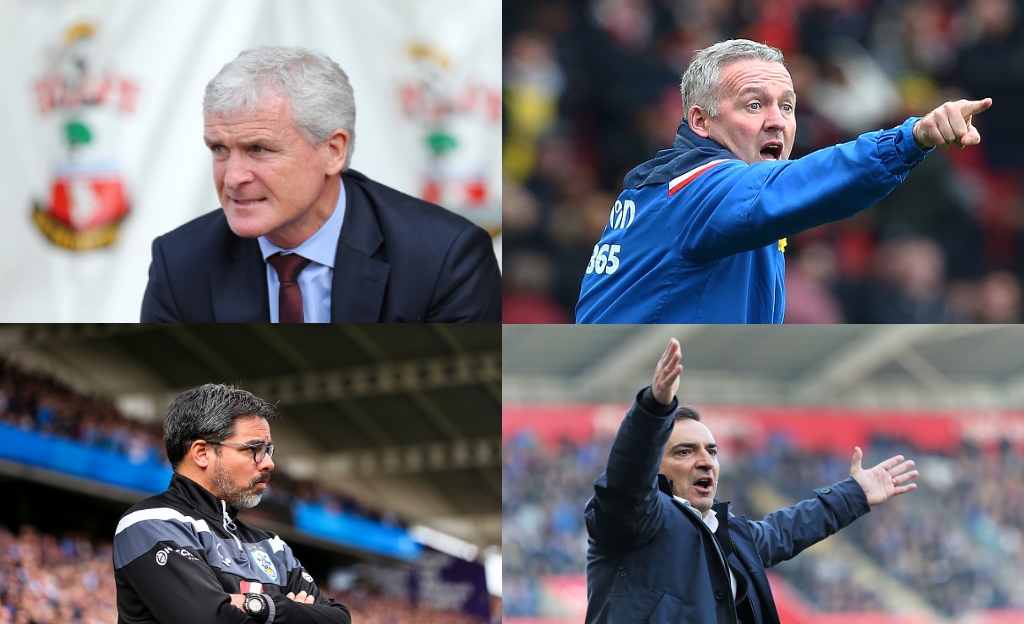 With only 4 or 5 games left to play the Premier League relegation battle is heating up. As teams from 20th to 13th are still fighting for top division football next season. But who will avoid the drop?

Managerless West Brom currently sit in 20th place on 23 points, nine points from safety. They have been given a slim of hope as they shocked Manchester United at Old Trafford to hand Manchester City the title. However, even beating Mourinho’s men gave something Baggies fans to cheer about as they face high-flying Liverpool next weekend. If the Albion lose against Liverpool and Swansea win they will be back in the Championship after a tough season.

Paul Lambert was the man to turn it all around after the club sacked Mark Hughes. The performances have been more like a Premier League side and were unlucky not to take points against Arsenal and Tottenham. Despite these improved performances, the Potters have not taken the 3 points home for the last nine games. Stoke are currently 19th, six points from safety. Supporters may look at the fixtures list and see some very big six pointers to come, as they still have to face Swansea, Palace and West Ham. If they can improve their performances, they have a chance to gain ground on the teams above them.

Southampton are a team with many top quality players and frankly should not be finding themselves in a relegation battle. The Saints sacked Mauricio Pellegrino after no wins in 12 games before beating relegation rivals West Brom but still could not keep his job. Mark Hughes took over shortly after and is still looking for his first Premier League win. Can Southampton avoid the drop? It is easy to say Hughes’ men have the easiest run-in with them due to face mid-table sides as well as Swansea in a six-pointer game. With the squad Mark Hughes has at his disposable, the Saints should grind some wins but are lacking the goalscoring threat. If Charlie Austin gets fit and scores on a consistent base then he could be pivotal for remaining games.

Carlos Carvalhal has worked miracles at Swansea. In December, many fans, including Swansea fans, thought that the Swans were swimming back to Championship. However, since the Portuguese manager’s arrival, Swansea find themselves 17th, five points clear of the bottom three. Despite their brilliant form in January and February, they have since taken their foot off the gas but did secure a vital point against Everton on Saturday. Now the last remaining games might have Swans fans bitting nails as they face newly crowned champions Manchester City and top four contenders Chelsea. Swansea might drop another six points in the next week but as the season closes they face two of the biggest games of the season, as they welcome both Southampton and Stoke City to Liberty Stadium. These will no doubt be two huge six-pointer games that will be vital in determining not just their future, but the future of several others at the bottom too.

On and off the pitch in the last few months have been dreadful for West Ham football club. From pitch, invasions to protest in front of the owners in-between a game and now in a relegation fight. The Hammers have two games in hand and face fellow relegation rivals Stoke City on Monday. A loss against Stoke could cause an unhappy atmosphere at the London Stadium as relegation will loom. West Ham currently sits 17h, six points ahead of Southampton and seven points from Stoke. If David Moyes side were too lose tomorrow then the remaining fixtures will show London side as one of the favourites to go down. West Ham still has to face both Manchester clubs, fellow London rivals Arsenal, Leicester City, and Everton. So tonight’s game is a must win for David Moyes if they want to avoid relegation. Lose then the exit door will be growing even larger for West Ham.

Both teams ideally need one more win to guarantee Premier League football next season. Huddersfield Town have arguably among the toughest remaining fixtures left with three of the top six left to play. However, the Terriers face Everton next weekend which could be Huddersfield’s ticket to safety as Everton have nothing to play for.

Brighton fans would not have considered themselves in a relegation battle a few weeks ago, but now face a chance of slipping into danger after losing to Crystal Palace on the weekend. And it’s going to be an even bigger task for the Seagulls as they face five of top seven in their last five games. Being seven points clear should be enough for Brighton but you never know with the Premier League.