When Arsene Wenger said farewell to the Arsenal supporters at the Emirates in the final home game of the season, it was a fitting way to bow out for a man who has done so much to shape not just Arsenal, but the whole of modern English football.

And it was a much better way to go than the likely alternatives. An ignominious sacking or a post-season announcement would have been incredibly distasteful. This way, Wenger got to say goodbye properly and Arsenal fans had the chance to thank him.

Although the decision to leave was officially down to Wenger, the suggestion from behind the scenes is that, had he not done so, he would have been sacked. A number of factors came together, including the board’s reluctance to go another season with uncertainty hanging over the club. The main reason, however, was undoubtedly the declining performances on the pitch.

During Wenger’s Arsenal reign, the club has not won the Premier League since 2004, had not reached the Champions League quarter finals in eight years and has even slipped out of the top four. A team that had once been at the cutting-edge of modern football was looking out of date, their minor weaknesses becoming deeply ingrained flaws.

With Wenger gone, the new manager will have a chance to return the club to the top of English football. There is work to be done. According to most sports betting experts, Arsenal are only sixth favourite to lift the Premier League trophy next season.

But whatever the failings of recent seasons, the departure of Wenger from Arsenal is a seismic event in English football. Although Alex Ferguson may have won more trophies and Jose Mourinho made more of a charismatic impression, it is Wenger who made the biggest contribution to the Premier League and to English football.

A pioneer of the game

When he arrived at Arsenal in 1996, the Premier League had already been established, but English football was still stuck in the 1970s. Training methods were antiquated and tactics were rudimentary. The idea that a player ought to pay attention to their diet was laughed at.

English football was sceptical about the softly-spoken Frenchman, and many pundits predicted that he would fail to adapt to the ways of the Premier League. But instead, it was the Premier League that would have to change. Wenger set about turning Arsenal into Europe’s most advanced football club. Out went the post-match drinking sessions, the bacon sandwiches and the old-fashioned training methods.

Under Wenger’s watch, Arsenal overhauled every aspect of their operation, from the diet of the players to the training facilities. Wenger took a micro-management approach to every aspect of the Arsenal machine. He even helped in designing the club’s new training ground. With his encyclopedic knowledge of the European transfer market, he also reshaped the club’s transfer policy. Some of the more notable stars include Patrick Vieira, Thierry Henry, Dennis Bergkamp, Emmanuel Petit and Marc Overmars.

Above all, Wenger took a club that had become known for its cautious, defensive style of play and turned it into a symbol of football style. He already had a rock of a defence, led by Tony Adams, in place. Wenger added fluency, creativity and possession-based play and in the early years of his reign. The Gunners swept all before them. They won the Premier League in 1998, 2002 and 2004, twice doing the Premier League and FA Cup double, and in 2004 Arsenal made history by going unbeaten throughout an entire Premier League season.

Any successor will benefit from Wenger’s legacy

Wenger’s Arsenal never quite recaptured those glorious heights in the succeeding seasons. However, under his guidance, they made regular finishes in the top four. They also reached the Champions League final in 2006 and won three FA Cups in the past four seasons. Although the last few months have seen some acrimony among Arsenal supporters over whether he should stay at the club, his departure has been the cue for everyone to pay tribute to the great man.

Wenger leaves Arsenal with a legacy of success, playing stylish football and with ongoing innovations. He changed every aspect of the club from top to bottom. He is a large factor in the club becoming one of Europe’s most admired football organisations. The new manager will be able to work with some great players and will benefit enormously from the facilities, organisation and legacy created by Arsene Wenger. 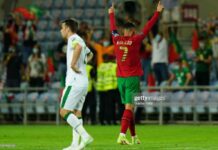