Wigan Athletic welcome Premier League leaders Manchester City at the DW stadium, ready for the magic of the FA Cup on Monday night.

League One side Wigan have had some epic victories over City. Their supporters will never forget the heroic FA Cup final at Wembley in 2013, which saw them lift the trophy.

Wigan were favourites to go straight back to the second division, and remains  their goal. Athletic sit second in the table, behind League one’s surprise leaders Shrewsbury.

Premier League challengers West Ham and Bournemouth have tried and failed to stop Wigan’s progression in the FA Cup. However, since their incredible victory over The Hammers, Wigan form has dipped slightly, recently losing to Blackpool and Southend United.

Pep Guardiola and his side are eyeing all four all competitions, with the Carabao Cup final first against Arsenal. City will travel just 27 miles to face Wigan, a shorter trip than of the return trip from Switzerland, following their midweek win over Basel.

Pep Guardiola will be looking for a straightforward tie, with no injuries and will not be complacent. With a chance to bid for an unprecedented four titles in one season.

Runaway League leaders City will already be at the next round of the Champions League after a impressive 4-0 victory away from home. Five times holders of FA Cup, Manchester City, have not won the trophy since 2011. A win against Wigan Athletic could push them one step closer to the elusive Quadruple.
Embed from Getty Images 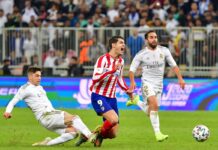