After three matches, Arsenal were the laughing stock of the Premier League. The Gunners lost every game, failed to score a single goal, and conceded far too many and Mikel Arteta’s rebuild looked to be coming to a disappointing end. Since then Arsenal have completely turned their form around. In eight matches they’ve won six, scored 15, and conceded just four. The Gunners have risen from near the bottom of the Premier League to just two points away from the top four. On November 20th they face their toughest test yet as Arsenal face Liverpool.

Arsenal Looking To Take Advantage Of Out Of Form Liverpool

Arsenal and Liverpool have had seasons that are the complete opposite of each other. As mentioned before, Arsenal struggled early on before picking up form while Liverpool shone to start the season but have won just two of their last 5 league games. Liverpool’s main issue has been in midfield with Harvey Elliot, Curtis Jones, Thiago Alcantara, Naby Keita, James Milner, and Fabinho all missing considerable time with injuries. This has led to Liverpool’s back four being left exposed and looking weaker than usual. Despite his fast start, Virgil Van Dijk isn’t quite in the same form he was and Joel Matip had struggled to continue his good early season form. In attack, Mo Salah hasn’t scored since his hat-trick at Old Trafford, and Roberto Firmino remains out injured.

In contrast, Arsenal is looking threatening in attack, solid in midfield, and hard to beat in defence. The introduction of Aaron Ramsdale in goal seems to have given Arsenal’s defence more confidence especially Ben White, who was unlucky not to make Gareth Southgate’s most recent England squad. Thomas Partey returned from injury against Norwich City and Arsenal’s form has turned around. Partey is proving himself after a difficult debut season last year. Bukayo Saka and Emile Smith Rowe have been tearing defences apart. The pair have contributed to nine of Arsenal’s 20 goals this season. Captain Pierre-Emerick Aubameyang had led the youngsters with his experience and goals, he’s found the back of the net four times in eight games since Arsenal’s humiliating 5-0 loss to Manchester City.

This Liverpool squad’s reign near the top of European football may seem fairly new but it has been four seasons since they first made the Champions League final. They didn’t have a particularly young squad back then so it’s no surprise to see their rank among the oldest squads in the Premier League this season. Only Watford (27.8), West Ham United (28.2), and Burnley (28.8) have an older squad than Liverpool (27.3) this season while Arsenal (24.1) has the youngest squad in the league. This tells the story of where the two clubs currently are. Liverpool is coming to the end of their dominant spell and needs to add younger players to remain on top while Arsenal is rebuilding by using their academy and making some smart signings to build a team with formidable potential. When Arsenal face Liverpool, we’ll see two teams on completely different ends of the squad building spectrum collide. Liverpool will be determined to prove they can still dominate while Arsenal will be looking to prove they can compete with the league’s best.

If Arsenal can beat Liverpool, they’ll show that they mean business this season and that they are real contenders for a Champions League place. If Liverpool beat Arsenal convincingly there will be questions asked about how real this good run of form was. During the run, The Gunners have only faced three teams in the top 10 and struggled against both Brighton & Hove Albion and Crystal Palace. Putting together an impressive run of results is one thing but if Arsenal can’t compete against the best teams, they are still the same side they were last season. 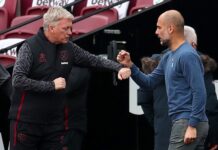