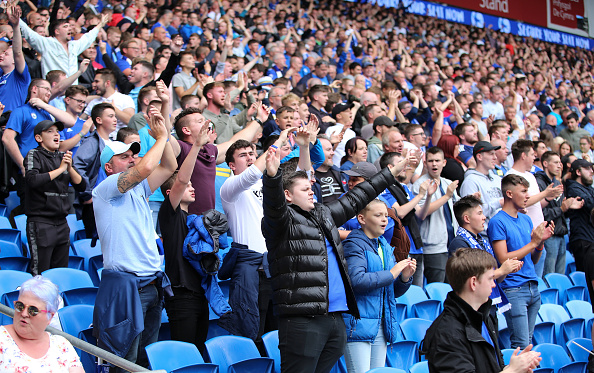 The Premier League finally got underway, only to be stopped by the international break. Liverpool, Chelsea and Watford go into the two-week break with maximum points. Many fans will find it hard to describe how their season is going but we have picked out the best quotes from Arsenal, Cardiff and Brighton supporters after four games into the campaign.

Honestly I’ve been quite happy with what I’ve seen this season. You couldn’t seriously have been expecting a different result against City, we were unlucky against Chelsea, and played badly against WHU (yet won 3-1). In Unai we trust #COYG

The next two games saw Emery’s men pick up two wins against struggling West Ham and newly promoted Cardiff. There were plenty of positives with the strike-force of Lacazette and Aubameyang catching the eye of the supporters. The Arsenal strikers both scored against Cardiff to see out a 3-2 win.

Auba & Laca are ??. Two goals and an assist between them. Deadly strike force. The combination between them is fantastic. They could play together with their eyes closed. Want to see more.

Last season was unforgettable for Albion fans after securing safety for another Premier League campaign. However, it was a unfortunate start after losing 2-0 to Watford. A week later, the Seagulls capitalised on a bad performance by Manchester United at home, winning 3-2, and then from behind to draw 2-2 at home to Fulham.

Brighton are making the Amex a fortress and they have a goal scorer in Murray, all the ingredients for premier league survival. Fulham are a very exciting team to watch. #motd

Cardiff surprised many in the Championship last season by gaining automatic promotion to the Premier League. But many could describe the transfer market for Neil Warnock’s side disappointing after failing to spend the cash to survive in the top division. The Bluebirds currently have two points but the most notable performance was 3-2 lost against Arsenal. Cardiff came back twice but failed to hang on to a vital point. It was the attacking performance, though, that got praised.

Not one Cardiff fan can be disappointed with the performance today. Outstanding effort from the boys! And… WE’VE SCORED A GOAL! Not one, but two! Massive weight lifted off the shoulders. Let’s build on this! #Bluebirds #CCFC ???