Leeds United were beaten 2-1 by an impressive Sheffield United at Elland Road on Friday night. Making it 9 wins from the last 11 matches for Chris Wilde’s men. However it was youngster David Brooks, who was hero of the day.

Away side dominate first half

In a first forty five, the away side took the lead after just 3 minutes through Billy Sharp, a volleyed finish from promising midfielder Kalvin Phillips saw the two Yorkshire teams head in at the break locked level.

The Blades dominated the opening exchanges creating multiple clear-cut chances by pressing high up the pitch. Newly promoted Sheffield United created three positive attacks after going ahead with a Sharp header, his sixth goal this season, after Mark Duffy crossed the ball to the back post.

It was the worst possible start for the home side, who had lost three of their last four league games. A brilliant Andy Lonergan save denied Sharp a brace, blocking his point-blank range shot, after Leon Clarke squared him in the Leeds box.

Sharp should have got his second later in the half, just before Leeds’equaliser. His shot from point-blank range was again blocked 34-year-old Lonergan, who kept his side in the first half of the game.
A quick free-kick caught a shaky Leeds defence sleeping, and Sharp’s shot from inside the box was straight at the ‘keeper.

The Leeds defence did not see the inclusion of the 2016 Player of the year Pontus Janssen. Janssen a signed a new contract with the club this week. He later replaced Lee Cooper who picked up an injury and partnered Everton loanee, Matthew Pennington.

21-year-old Philips has come of age this season, playing a variety of central positions in the Leeds midfield. He played close to target man Pierre-Michael Lasogga, moving into attacking areas on a number of occasions during the game. Signed as a youth scholar, Phillips had only netted twice in forty games for the club before this seasons flurry of goals.

Spanish midfielder Samu Saiz hit the woodwork with a stunning left-footed effort from outside the area just after, just swinging away from the target as it curled against the right-hand post.

However, they failed to create anything clear-cut after that close miss. The home side having seven touches in the opponents box compared to Sheffields’ twenty-four.

The away side looked comfortable and sent on hot prospect David Brooks. Brooks has shone for England’s youth teams this year, playing as either winger or attacking midfielder.
Mark Duffy picked up the ball midway inside the Leeds half, and drove at the defence before playing a brilliantly weighted pass to Brooks. The youngster clinically finished for his first professional goal, sliding it past Lonergan at an angle.

It has been an impressive year for England’s youth teams. David Brooks starred for England’s Under 20 side at the Toulon tournament, picking up best player award and scoring in the final to beat Ivory Coast. He only featured twice for his clubs Under 23 side, scoring in both, before making his first full appearance in the first round of the Carabao Cup.

He has gone on to feature in thirteen games this season. Recording two assists before a crucial goal at Elland Road to secure the points against their local rivals on Friday.

A huge factor in Sheffield United’s rise from League One to top of the Championship has been switching to a back three. Since they changed to that formation against Gillingham in September last year, Chris Wilde’s side has a 70 percent win ratio. 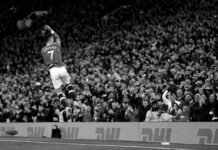 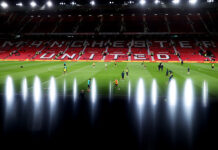 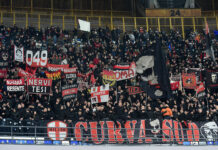 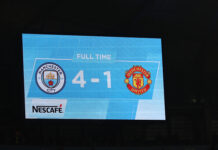 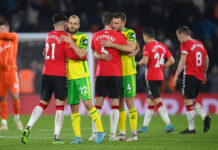