The new French Ligue 1 season was one of the most intriguing seasons in recent history in France, with Lille unexpectedly claiming the league title at the end of the season, ending Paris Saint-Germain‘s stranglehold on the title.

The perceived shift in power made PSG go all out to acquire the services of some of Europe’s elite stars in a bid to reclaim their crown. The 2021/22 season started somewhat surprisingly as a PSG side bereft of its biggest names fell to a 1-0 defeat in the French curtain-raiser, the Trophee Des Champions, against Lille. The loss to Lille made it the first time in eight years that PSG would commence the season proper without a trophy.

The 2021/22 Ligue 1 season is set to commence on August 6th, with its opening round of matches set to span between the 6th and 8th of August. It promises to deliver intriguing battles at both ends of the table.

Last season saw a new champion produced in Ligue 1 for the first time in four years in what seemed like an anomaly and a deviation from the norm which coincided with the appointment of former Tottenham Hotspur boss, Mauricio Pochettino. Paris Saint Germain would almost certainly win the 2021/22 Ligue 1 title due to the sheer quality of their recruited players in the off-season. They added names such as Gianluigi Donnarumma, Sergio Ramos, Georginio Wijnaldum and Achraf Hakimi to their already star-studded side, assembling a super team in the process. There are rumours flying around of a deal for FC Barcelona legend Lionel Messi at the Parc Des Princes in what would certainly place PSG on the highest level in Europe. Come May, it is widely expected that PSG would be crowned champions of France for the 10th time, finally equalling Saint-Etienne‘s record tally of Ligue 1 titles.

Last season’s champions Lille have started the season in the best way possible by winning the Trophee Des Champions, putting them in an excellent position to push for the Ligue 1 title again this season. With financial capability incomparable with that of PSG, it is expected that Lille would not be able to defend the title they won last season, especially with the quality of recruitment of their rivals in the off-season.

A dark horse for the Ligue 1 title this season may be Olympique Marseille. Managed by former Chile and Argentina boss Jorge Sampaoli, Marseille was able to sign several quality players to boost their squad ahead of the new season. Youngsters and household names like Cengiz Under, Matteo Guendouzi, William Saliba and Konrad De La Fuente have been brought in from some of the best sides in Europe to raise them to a level from which they can compete for the Ligue 1 title.

Both of the clubs that have been promoted to the Ligue 1 from the second division this season look incredibly weak compared to the teams they would be meeting in the league.

Troyes won the Ligue 2 championship title to gain promotion to the Ligue 1 after the club came under the management of the City Football Group. A quick look at their squad would reveal that they lack the quality players required to prosecute a season in the top flight, and they are expected to make an immediate return to Ligue 2.

Clermont Foot finished the 2020/21 Ligue 2 season in 2nd place to gain promotion to the Ligue 1 for the first time in the club’s history. Their lack of experience at this level is likely to work against them, making them prime candidates for immediate relegation from the top flight.

Lorient had the goals of Nigerian striker Terem Moffi to thank for escaping relegation last season. They may not be so lucky this season and are one of the sides that will possibly get relegated from the Ligue 1 at the end of the season. 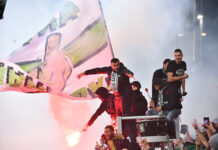 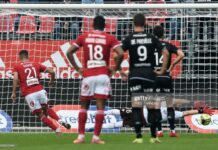 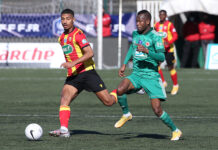 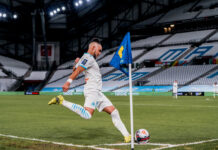