The race to the top of the Ligue 1 continued this weekend with a number of interesting matchups across the board. Title favorites Paris Saint-Germain stand seven points clear at the top after a draw in “La Classique” at Marseille on Sunday, giving the rest of the pack the chance to gain some ground on the superteam in later rounds.

2nd placed RC Lens continued their fiery start to the season with a 4-1 victory over Metz, while Nice put on an incredible comeback performance against Lyon to put them two points behind in 3rd. 5th placed Stade Rennais have won four of their last five matches in the league and are starting to look like real contenders for a spot in Europe. AS Monaco and FC Nantes put on excellent performances to keep them within reach of the top five, while 15th placed Troyes managed a second win in a row as they look to claw their way out of the bottom half of the table.

A combination of great individual performances and a few nail-biting exchanges made for an enticing match week. To wrap up the round, here’s an analysis of some of the top stories from this weekend in Ligue 1 football.

Review of Top Stories From Ligue 1 Round 11

What a fabulous game this was. Goals from Karl Toko Ekambi and Houssem Aouar had Olympique Lyonnais up 2-0 by the midway point of the second half, but momentum was slowly starting to swing. After Algerian Right-back Youcef Attal netted a cracking shot from just inside the box to cut the deficit, that’s when the tide really shifted.

Minutes later, Zimbabwean forward Tino Kadewere was sent off for a controversial two-footed tackle on Melvin Bard. In the 86th minute, Emerson stuck a foot out and brought down Atal, piling the pressure on even more. Striker Andy Delort then stepped up to the spot and converted the penalty with supreme confidence. Nice was on the brink of a glorious comeback and could just taste that a third goal was coming.

Then, incredibly, as if it was scripted, Evann Guessand scored in the 92nd minute from a ball played across the box from Alexis-Claude Maurice. The squad kept their composure against a Lyon side who looked rattled after the red card and it paid off for them in the end.

Both Sides Fail To Break Deadlock In Exciting “La Classique”

The Orange Velodrome in the south of France provided for a great atmosphere in this back-and-forth match that played out on Sunday. In addition to the goals by Neymar and Arkadiusz Milik that were ruled out by VAR, a red card was shown to Achraf Hakimi for preventing a one-versus-one opportunity for Marseille.

It’s fair to say that Marseille looked the better side in this match, especially in the second half. They’ll be happy to head out of the round with a point against the former champions and can rely on some of their stars to continue putting in solid performances. Dimitri Payet, Matteo Guendouzi, and William Saliba have had notable starts to the season and look to be the core of a side that can fight for a top-table place towards the end of the campaign.

Despite PSG maintaining their lead in the title race, some might say they’ve lacked the magical element many were expecting. Lionel Messi for example has slightly struggled to get the ball rolling so far, while Neymar and Angel Di Maria have played second fiddle to the in-form Kylian Mbappe.

It’s been a wonderful and well-deserved start to the year for RC Lens. in their recent run of form, they’ve proven to not only be a difficult team to break down but also one that can penetrate effectively on the offensive end. Standout performances from Jonathan Clauss, Cheick Doucoure, and Wesley Said made it difficult for Metz to even put up a fight in this one.

The implementation of the 3-4-3 system has really lifted Lens to a high level of success. They’ve been able to trump some of the best teams in the division this year including Lille, Monaco, and even Marseille. More Ligue 1 fans will be keeping an eye on their progress as the season continues, and with that, they’ve solidified themselves as the true dark horse in France.

Standing in goal is Alfred Gomis who put up a great performance to help Rennes defend their one-goal advantage against Strasbourg. Caio Henrique slides in at left-back after pitching in with an assist and some clever deliveries out wide while Youcef Attal fills out the right with his contribution to Nice’s comeback over Lyon. Nayef Aguerd was incredibly dominant in the air for Rennes and fills out the center-back slot alongside Lorient’s Julien Laporte, whose awareness in defense helped his side secure a draw against Bordeaux.

In midfield, Cheick Doucoure and Jonathan Clauss fill out the central spots for their excellent performances against Metz. Romain Faivre plays as the attacking midfielder in the team due to his goal and creativity against Lille in a 1-1 draw.

In attack, Wesley Said fills out the left-wing for his two goals in the Lens match. Kevin Volland slides in as a center-forward for his goal and assist in Monaco’s win over Montpellier. Ludovic Blas completes the team on the right-wing spot for his goal and chance creation in Nantes’s win over Clermont Foot. 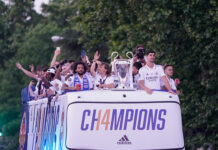 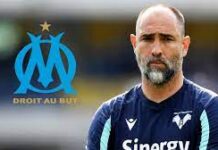 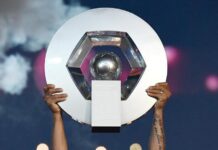 The Epic Conclusion to the Ligue 1 Season 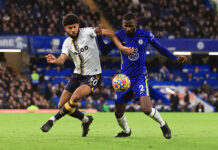