Manchester City beat Real Madrid 4-2 on aggregate to play in this game. Real Madrid self-destructed in both games.  Sergio Ramos picked up a red card and Varane’s defensive blunders led to both of Manchester City’s goals. Sometimes football games are decided by who makes fewer mistakes and that was the case versus Real Madrid. However, the deeper Manchester City goes into the tournament the less likely those mistakes will be made by the opposition. One of the keys for Manchester City is to be playing attacking football and of course finishing in the final third.

Kevin De Bruyne will set up passes for Phil Foden, Raheem Sterling and Gabriel Jesus but they need to finish in the final third. Although Jesus scored vs Madrid he is still not a clinical finisher. He leads the EPL in missed chances with 24. Foden, while he has been impressive, may not be ready for a game of this caliber. As long as City do not make any big mistakes they should win.

Lyon are expected to play a defensive game. Lyon won 1-0 vs Juventus because of a Lucas Tousart goal and a penalty in the 2nd leg by Memphis Depay. Juventus was not the typical strong team they have and part of the issue was Sarri’s tactics. Nevertheless, Lyon were the overwhelming underdog and still emerged victorious.

Anthony Lopes is an underrated goalkeeper. He only conceded goals against Cristiano Ronaldo and there is no shame in that. Juventus have a talented roster with players including Paulo Dybala, Matthis de Ligt, Douglas Costa and Juan Cuadrado. Two key players for Lyon will be Moussa Dembele who is Lyon’s leading goal scorer with 16 goals and Depay. They finished 7th in Ligue 1 so them even making it this far is remarkable. In order to win this game they will probably try to keep it low scoring.

Manchester City will most likely win this game, as they are the heavy favourites. Even though Lyon pulled off un upset last round, it does not seem likely that they will be able to do the same thing against this strong Manchester side. 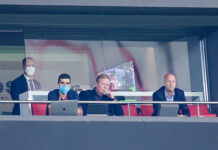 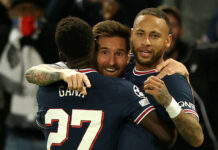 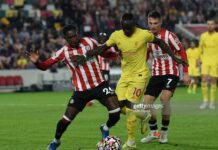