Starting this weekend the Nations League returns and there are some must watch games. It will last from Saturday to Wednesday.

These are two Euro 2021 contenders and favorites to win the Nations League. It will take place on Sunday at Wembley Stadium. This is Belgium’s best chance to prove they are the best team in Europe. They have so much talent with players like Kevin De Bruyne , Dries Mertens, Eden Hazard, Romelu Lukaku and Thibaut Courtois. England also has an array of talent with Harry Kane, Jadon Sancho, Marcus Rashford, Danny Ings and Jack Grealish. Raheem Sterling will not play. Mason Greenwood and Phil Foden have been left on the roster for breaking quarantine rules by sneaking Icelandic women into their hotel room. Belgium just has the better team and I expect them to win. Belgium has a huge edge as far as goalkeeper.

A matchup of two of the best players in the world. Cristiano Ronaldo vs Kylian Mbappe. This game also is played on Sunday at the Stade De France. They played each other in the  Euro 2016 Final and Portugal won it without Ronaldo. Joao Felix is a rising young star and Bernardo Silva is one of veteran players. They have two players who are great at taking penalties Bruno Fernandes and Ronaldo. This matchup also features two of the best goalkeepers in the world in Rui Patricio and Hugo Lloris. Antoine  Griezmann seems to always play well for France. So far Griezmann, Oliver Giroud and Dayot Upamecano all have one goal in this competition.

This game will be played on Wednesday at Gewiss Stadium. Italy won the previous game 1-0 back on September 7th. After a superb year in Serie A by winning the golden boot it will be interesting to see if Ciro Immobile can do it for his national team. They have good players like Lorenzo Insigne, Leonardo Bonucci, Stefano Sensi and Jorginho. The Netherlands are a great defensive player. They are led by one of the best defensive players in the world in Virgil Van Dijk. Make sure to keep your eye on Memphis Depay, Frenkie de Jong and Steven Bergwijn. Tim Krul is a really good goalkeeper. Depay was a huge reason Lyon made a deep run in the Champions League. 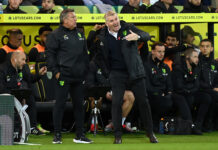 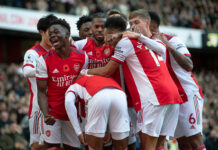