Speculation is rife once again about the future of Manchester United’s current manager, Ole Gunnar Solskjaer. After their opening three games in this season, they lie in 16th position in the Premiership table, with only one win.

They lost their opening game by 3 goals to 1 to Crystal Palace at Old Trafford. They just managed to beat lowly Brighton by 3 goals to 2, and then they were hammered by Tottenham Hotspur 6 goals to 1, again at home. It is this last result in particular that has resulted in increased rumours about Solskjaer’s future.

Yes, it is still very early in the season, but time and tide wait for no man, particularly at a top Premiership club like United.

Solskjaer had a dream start when he took over as caretaker Manager in December 2018, following the sacking of Jose Mourinho. His first match in charge saw United play and beat Carlisle United by 5 goals to 1. It was the first time that the Red Devils had scored 5 goals in a Premier League fixture since the retirement of Alex Ferguson in May 2013.

United won the next four league games after that and Solskjaer became the first Manchester United manager since Sir Matt Busby in 1946, to win United’s first five games. In January 2019, with United having won 10 points from a possible 12, he was named Premiership manager of the month, the first United manager to do so since Ferguson in October 2012, and the first-ever Norwegian to be given the award.

Last season continued to go well for Solskjaer and United. The January transfer window saw them buy Bruno Fernandes from Sporting Lisbon, a deal that as probably the pick of the bunch. He scored his first goal for the club against Watford as the Red Devils won by three goals to nil.

Shortly after that match, the COVID-19 pandemic struck and all football was suspended. But when play resumed again in June, it was Fernandez who scored the equaliser for United in a 1 -1 draw with Spurs. The Spurs goal was also scored by a January signing – Steven Bergwijn.

26-year-old Fernandez has undoubtedly been United’s best player since his arrival. He has scored 14 goals and notched up 10 assists in just 26 appearances. He has just been released for international duty to represent Portugal in Euro 2020, amid reports from the Portuguese press that he is under too much pressure at Old Trafford and that the recent spate of signings have been made to make his role a little easier.

The press has also said that they believe Ole Gunnar Solskjaer’s position at Old Trafford to be fragile after winning only one of their opening three games. Although it is still early days, the name of Mauricio Pochettino, the former Spurs’ manager, is being touted as the obvious replacement for the Norwegian.

Roy Keane, former Manchester United team captain, and a legend among fans, believes that the blame rests firmly with the United players. If they continue to under-perform, he thinks that history might repeat itself and that just as the players were responsible for the sacking of Jose Mourinho, it could also cost Solskjaer his position.

When the league resumes after the international break, United will face Newcastle. The result of that game will either put more pressure on Solskjaer or buy him time. In the meantime, Mauricio Pochettino is sitting quietly in the wings, watching and waiting with interest. 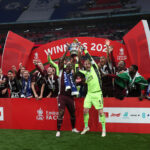