The north-east of England is a hotbed of football. The sport is like a religion for many fans there. Unfortunately for Sunderland fans, their faith has been tested like never before over the last year.

In May 2016, Sam Allardyce managed to keep Sunderland in the Premier League at the expense of their Northeast rivals. There was a positive feeling about the future emanating from the club. However, when Big Sam left the Mackems in the summer of 2016 for his brief and ill-fated time with England, it left the North-East outfit in limbo. The squad began the fall down the football league.

The David Moyes era failed massively. The squad lacked enthusiasm and energy therefore continuing the ill-feeling on Wearside and I was not surprised that the dour Scotsman was unable to motivate his underachieving players. Moyes is very lucky to still be linked with prestigious jobs like Rangers and Scotland when you consider he has now failed at his last three jobs.

Simon Grayson has come and left, unable to stop the decay despite his tried and tested Championship credentials. Fans stated he was out of his depth and the club was too big for him to manage. However, he inherited a situation that most managers would have struggled to turn the tide.

The club now is managerless, with an owner who has lost interest and trying to sell. They now find themselves in a relegation battle to avoid the third tier of English football. The fans are dissenting and staying away. The stadium is full of empty seats. It is hard to blame them when the team has not won a match at the Stadium of Light in the calendar year.

From the Premier League to Championship Relegation Zone

The group of players have been blamed. When one looks at the Sunderland starting eleven against Bolton on Tuesday, one can see a lot of players who have performed well at a much higher level. It does beg the question whether they have the hunger to return Sunderland to where it should be for a club of that size.

Irishman John O’Shea, who is now in his twilight years and lacking pace, would admit that his best days are behind him. The likes of Darron Gibson and Jack Rodwell have been at the Manchester clubs. They may now feel their chance at the top level has passed. Gibson, who was filmed criticising teammates in a drunken video earlier in the year, has been either injured or out-of-form. He is a target for many Sunderland fans. For Rodwell, once seen as the best English holding midfielder and had three caps, injuries have taken their toll. He is a shadow of his younger self.

Aiden McGeady, a match winner in many eyes, used to be the crowd’s darling at the always packed and enthused Parkhead. He may find playing in a negative half-full stadium in the Championship tough to muster. Ibrahim Ndong, who was once described as the new Michael Essien and Sunderland stumped up £13.6m pounds for; must be contemplating on what a terrible decision he made to join the sinking ship of the Mackems.

Lamine Kone cannot even get in the team at the moment. It was not so long ago that Everton had bids of £15 million or more in the summer of 2016 rejected. Now the club may be willing to take £1.5 million just to get rid of his wages. When you add in the fact that the club lost their best three players from last year in goalkeeping starlet Jordan Pickford, Patrick van Aaanholt, and top scorer Jermain Defoe you can see why Grayson may have found it difficult to reverse the losing culture. Arguably, the only positive has been the goals of Lewis Grabban with eight so far. He averages a goal every 110 minutes.

Phil Brown and Ally McCoist have been linked with the job. However, the biggest current issue is that owner Ellis Short is keen to get rid of the club. He feels it is a heavy weight around his shoulders. When you consider the likes of good Premier League managers like O’Neill and Bruce have failed to succeed at the Stadium of Light under the Short regime it does make you consider whether the problem is with the club hierarchy rather than the manager. It is possible that until the club has sorted out its ownership problems it may mean Sunderland could be facing another relegation come the spring. 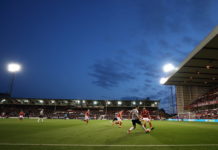 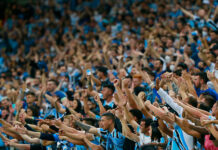 Gremio’s Relegation Marks Them as One of the Fallen Champions 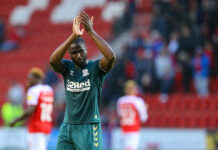 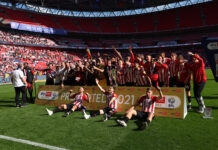