The Carabao Cup is back on and there are some huge fixtures to look forward to. Chelsea will take on their London rivals, Tottenham Hotspur, while Arsenal will welcome Liverpool to the Emirates.

Antonio Conte will return to Stamford Bridge in the semi-final of the Carabao Cup. Conte joined Tottenham in November after previous manager, Nuno Espirito Santo, was sacked after a poor run of form. It has been over a decade since Tottenham last won a trophy and after being knocked out of the Conference League, Conte will do all he can in the Carabao Cup to bring silverware to Spurs.

Tottenham beat West Ham United in a thrilling 2-1 in the quarter-finals. Goals from Lucas Moura and Steven Bergwijn secured the win in a game that many people believe West Ham should have won. Since then Spurs have gone on to win two out of their three league games. The Tottenham players are starting to ease into Conte’s system and they pose a very real threat to Chelsea.

Chelsea haven’t been rather lacklustre in recent games. They only managed to win one of their last five league games which was against Aston Villa, who didn’t have their manager due to covid-19 at the time. However, Chelsea showed a dominant performance in their last Carabao Cup game against Brentford, winning 2-0. Despite controlling the game, Chelsea’s only goals in that game came from a penalty and an own goal. Thomas Tuchel will hope that the return of Romelu Lukaku will help his side in front of goal against a good Spurs side.

Arsenal will welcome Jurgen Klopp’s Liverpool to the Emirates. However, due to a coronavirus outbreak in Liverpool’s training facility, the game could be postponed to a later date.

If the game is to go ahead, you would expect Liverpool to play a significantly weaker sides. Mohamed Salah, Sadio Mane and Naby Keita have all left to represent their countries in AFCON. Meanwhile, Roberto Firmino, Divock Origi and Takumi Minamino are also all unavailable due to various injuries and illnesses. This means Liverpool only have one fully-fit senior striker. Defensively, Joel Matip and Alisson Becker will also be unavailable for Liverpool.

Mike Arteta will look to cease this opportunity and pick up a good result against a weakened Liverpool team. In their last game, Arsenal lost 2-1 to Manchester City. However, the Gunners were surprisingly the much more dominant team and were unlucky not to win the match. Arteta has shown trust to the younger players such as Bukayo Saka and Gabriel Martinelli who have repaid his trust. Arsenal won their last five games prior to the Manchester City loss and are playing fluent football. It will take a valiant attempt from a weakened Liverpool side to get a result against this Arsenal side. 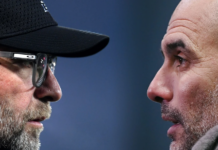