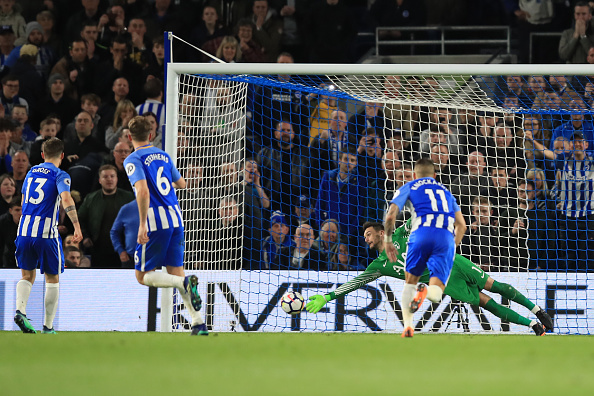 Tottenham Frustrated by Brighton Who Pick up Vital Point

Brighton took a big step towards Premier League survival as a Pascal Gross penalty earned them a point against a lacklustre Tottenham.

Spurs took the lead early in the second half as a mix up in the Brighton defence allowed Harry Kane to slot home.

But the home side were soon level as Jose Izquierdo was felled inside the box and Gross cooly converted the resulting penalty.

Spurs pushed for a late winner, going close when Shane Duffy deflected a shot just wide of his own post, but they ultimately could not find a way past the resolute Brighton defence.

Brighton also had their chances on the counterattack but were unable to take them, leaving both sides with a share of the points.

Seagulls All but Safe

Brighton’s ending run of fixtures has certainly not been kind to them, with Manchester United, Manchester City and Liverpool all still to play before the end of the season. Having suffered defeat against bitter rivals Crystal Palace last weekend, it was crucial that they made the first of these tough fixtures count

However, the Seagulls were clearly aware of this as they came out with a real fire in their bellies. They pressed Spurs tightly and defended well, aiming to hit them on the counter-attack.

In contrast, the defending for the goal that they conceded was not so solid. After Son Heung Min worked his way into the box, Brighton failed to pick up Harry Kane, who made no mistake in front of goal when he fired home the loose ball.

The penalty they then won only a couple of minutes later was also a very contentious one. Jose Izquierdo appeared to go down far too theatrically for the contact that was supposedly made. This isn’t the first time the Columbian winger has seemingly gone down easily either, having been accused of diving during their home match against Burnley back in December, except this penalty was actually converted.

Regardless, Albion managed to pick up a crucial point from an unlikely place. With Chris Hughton’s side sitting on 36 points, they’ve all but secured their Premier League status for another year. It is difficult to see Southampton or Stoke, both on 28 points, overtaking them between now and the end of the season.

A Frustrating Night for Mauricio’s Men

Tottenham’s performance was not one that we have come to expect of them over the past couple of years. This is partly due to Brighton’s solid resistance, but they also lacked the clear cutting edge that their attack usually wields.

This could be because Dele Alli was missing from the side last night. The 22-year-old was still recovering from a groin injury sustained at Bournemouth last month. Eric Dier and Kieran Trippier were also missing, forcing Spurs to play without many of the spine of their team.

Their lack of central midfield presence, in particular, was the most noticeable. Nearly every attack that went through the centre was met with zero success, while Brighton’s attacks were far more potent when going through the middle.

They also failed to get Harry Kane the service he usually receives. This again was thanks to Albion’s defending, but you feel the lack of his partner, Alli, hindered the chemistry between him and the rest of the team.

With Chelsea facing Burnley on Thursday night, Spurs could see the gap between the two of them cut to just five points. If Mauricio Pochettino’s side want to secure Champions League football for next season, they will need to up their game in the remaining weeks.