The UEFA European U21 Championships in Hungary and Slovenia is set to feature a host of future stars eager to showcase their abilities on the world stage and cement themselves as the next generation of footballers.

As one of the more exciting tournaments of the year, some of the world’s best young prospects will be representing their nations when the competition kicks off on March 24th.

Spain was the last country to lift the glorious trophy, competing with the help of players like Dani Olmo, Mikel Oyarzabal, and Pablo Fornals. Ever since then, there’s been an exciting surge of young talent in many different parts of the continent. With new players coming to the fore, it will be difficult for the Spaniards to defend their title as European champions.

In what’s sure to be an entertaining spectacle, here are some of the most exciting rosters for this year’s European U21 Championship.

Most Intriguing Sides to Watch at the Euro U21

The goalkeepers for the French are solid options, especially Leeds United’s Illan Meslier. These three have had pretty good seasons with their respective clubs, but Meslier will be the most likely to start under U21 manager Sylvain Ripoll.

Their defence has incredible depth, especially amongst the centre-halves. With this rotation, the manager can be flexible with his tactics and won’t have to worry about sacrificing any defensive qualities. Whether Ripoll chooses to go with the size and physicality of Konaté and Badiashile, or the defensive intelligence of Koundé and Fofana, it will be one of the hardest backlines to break down in the tournament.

If the defence seemed even the slightest bit convincing, the midfield should be considered frightening. Tchouaméni and Kamara are in great form and are solid in defensive midfield. Young starlets Camavinga and Soumaré are well-rounded for their age and can offer Ripoll a unique balance in playmaking and ball-winning. Faivre and Aouar are great creators on the ball and can provide an attacking spark at any given moment. With six high-calibre starters, it’s going to be very difficult to decide who will start in the opening match.

Winger, Diaby is out of the squad temporarily because of COVID-19 restrictions, but this shouldn’t worry the French too much. Edouard has been in great form with Celtic and will definitely start under Ripoli. Other forwards, Ikoné and Gouiri are excellent creators, with Gouiri capable of playing as a false-nine or out wide. Kolo Muani has been in decent form for Nantes but will most likely be a backup to any of the other three.

The amount of talent that the French has in this squad is absolutely ridiculous. If this squad had the chance to compete in Euro 2020, they would probably manage to make it past the group stages. With this level of quality, they’ll certainly be considered the favourites to lift the trophy in June.

Goalkeepers Paes and Scherpen are likely to start because of their lack of first-team experience at their respective clubs. That means 23-year old Bijlow will probably get the nod due to his performances with Feyenoord in the Eredivisie and become the number one.

The Dutch defence is looking good, with Jurriën Timber the only likely omission due to an illness. Schuurs and Botman as a centre-back pairing would make a good combination of distribution and aerial presence for manager Erwin Van de Looi. With Bakker’s passing and Zeefuik’s dribbling, the team will have a good amount of support going forward at full-back.

The standout in midfield is certainly Teun Koopmeiners, who’s been one of the best players in the Eredivisie this year. He will be the heartbeat of this Dutch side, as his combination of ball-winning and passing creativity makes him one of the best players in the tournament. Harroui is great on the ball and in defence, qualities that could pair up nicely alongside Koopmeiners. In competitions, squad dept is needed and the likes of Ekkelenkamp, de Wit, and Reis will likely be on the bench but could provide more creativity if selected.

If there’s an element of this team that could win them the tournament, it would have to be their attack. Noa Lang has arguably been the best player in the Belgian First Division, while Gakpo and Boadu have been making waves in the Eredivisie. RB Leipzig-bound Brobbey has impressed recently and is competing for a starting position at Ajax, which could tempt Van de Looi to insert him into the starting rotation. Although Justin Kluivert has been in and out of his club’s starting eleven, his impact with his speed will be a great weapon for them.

The Dutch have what it takes to bring the trophy home, but they could end up being exposed defensively. Many of their players are great in attack, but some lack the discipline and desire to work behind the ball. If Van de Looi can get his team to focus and employ a solid foundation, the Netherlands will be difficult to beat.

Goalkeeping isn’t the strongest area for this England side, but Aaron Ramsdale should be sufficient enough to offer some solidity in goal. Although Sheffield United is struggling, he’s the only player of the three that currently plays top-flight football.

This defence under Aidy Boothroyd is a great mix of physicality and forward threat. Godfrey and Tanganga are strong, athletic centre-backs who are good in 1-on-1 situations and can block effectively. Aarons and Sessegnon offer great attacking options at the full-back position and could be the primary link between defence and attack.

In midfield, Boothroyd could mix it up with the box-to-box and creative options he has. Curtis Jones and Davies are effective at distributing, defending, and attacking altogether, while Smith-Rowe and Eze can feed off each other to create good scoring chances. Dwight McNeil operates as a wingback and can be effective if used in a tactical setup that requires one. Skipp has been playing well for Norwich this season and could surprise many if he gets his chance in the rotation.

Much like the Netherlands, the key to this team is in its attack. Hudson-Odoi is the clearest threat and is very versatile position-wise. Greenwood and Nketiah would be a great strike partnership and could be deadly if supported by a winger like Madueke. Brewster has fallen off since his move away from Liverpool, but he could revitalize his potential with a few appearances here for England.

Along with France, England is producing some of the best young talents in football right now. This team is solid throughout every single position and could certainly make it all the way to the final. Goalkeeping is their Achilles heel, but Ramsdale will prove to be a trustworthy option for them.

How Will the European Super League Affect the England National Side? 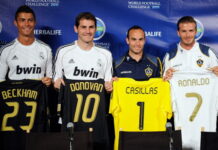 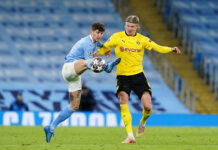 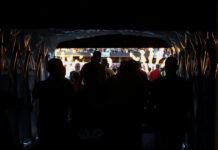